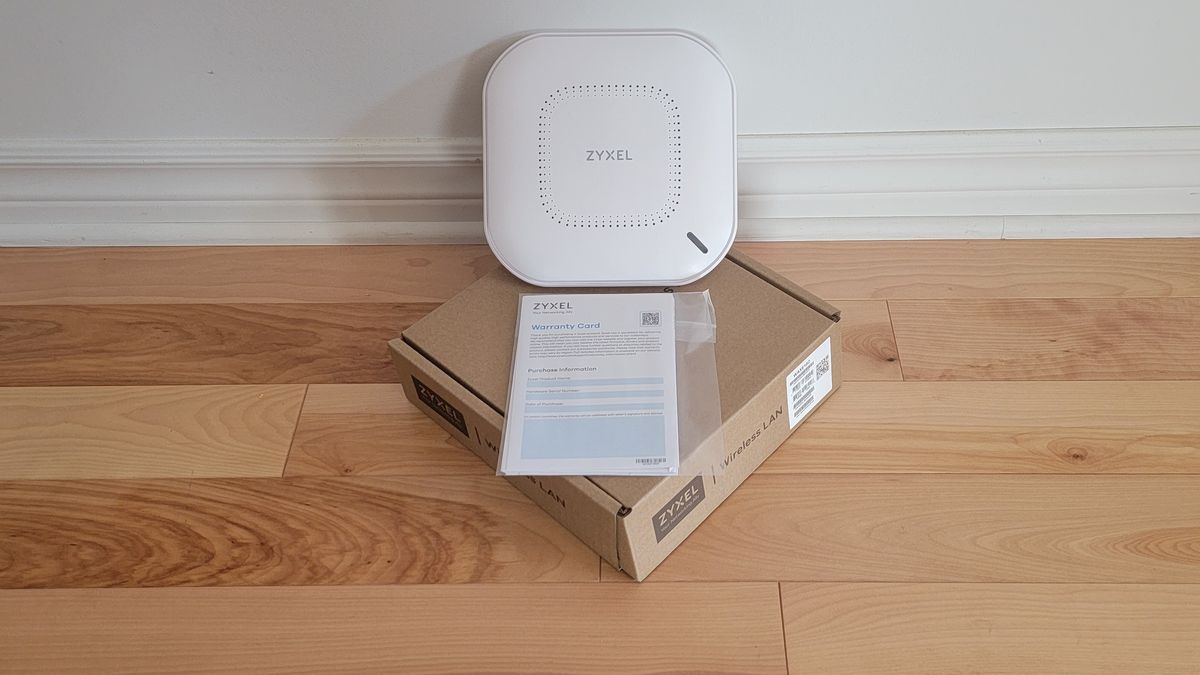 The wireless access point (WAP) is an element that is often overlooked and misunderstood. It can easily be confused with a wireless router, but it isn’t because its main purpose is to bridge a wired interface with a wireless one. Shopping for one should be easy as all we need to do is look for the best range and bandwidth at the lowest price and bingo!

The truth is that this is not enough in an office setting or any other place where the number of customers can be high, such as a school. Without a suitable CPU, adding more users can result in slower response times. Access points for home users usually offer fewer security functions and support fewer clients at the same time. They are less robust and do not support functions such as Power over Ethernet (PoE), which can simplify the installation of an AP.

One of the biggest revolutions in WiFi technology in the last decade has been the introduction of the WiFi 6 standard. Thanks to radio devices working in parallel with a larger bandwidth and an improved modulation scheme, better channel division and lower latency are achieved compared to the 802.11ac WLAN standard.

Zyxel, a Taiwan-based network solutions provider, recently announced the WAX610D Access Point. This is a real WiFi 6 access point as both the 2.4 GHz and 5 GHz frequencies support the standard. It’s PoE-enabled and at an MSRP of $ 469.99, it is more expensive than the average home router. This price includes high-end functions such as 4×4 and 2×2 radio with 5 GHz or 2.4 GHz and supports 2.5 GB Ethernet at the same time. A Qualcomm quad-core CPU guarantees a fast response time when processing payloads.

The Zyxel WAX610D is delivered in a box with a warranty card, mounting plate and screws. Since the device does not come with a power adapter, the user must provide either a PoE adapter or a center positive wall adapter rated at 19W or greater. The WAX610D weighs 780 g and is in a white plastic box measuring 180 mm x 180 mm x 40 mm. The square case is discreet with rounded edges and fits easily into its surroundings.

The mounting plate enables the device to be attached either vertically to a wall or horizontally to a ceiling.

Installation is as simple as plugging in an Ethernet cable when it’s already connected to a PoE injector and the internet. The access point has a multi-colored LED on the front that serves as a status indicator. In normal use, the color is solid green and slowly flashes red when no internet is detected.

There are two Ethernet ports on the back. The first, known as the uplink port, provides a maximum of 2.5Gb internet connection, while the second can be used as a 1Gb LAN port for free. The uplink is also the only PoE port that can power the device.

The antennas of the WAX610D are all internal and have peak gains of 5 dBi and 6 dBi at 2.4 GHz and 5 GHz, respectively. These are good gain values â€‹â€‹that are comparable to external ones, and with a minimum sensitivity of -101 dBm for the receivers, the WiFi radios have a sufficient range with normal use. The maximum output power in North America is 23 dBm at 2.4 GHz and 28 dBm at 5 GHz, while these numbers drop by about 4 dBm over the Atlantic.

To get the most out of the quad-core CPU, many advanced functions such as load balancing and fast roaming are integrated into the firmware. Load balancing increases the quality of service by efficiently distributing the bandwidth among the wireless clients. Wireless LAN features such as fast roaming and mesh networks improve the user experience when using WiFi. Compared to a classic SoHo access point, the WAX610D, which is arranged in a mesh, enables seamless switching between different networks with negligible loss of latency and bandwidth.

The Zyxel WAX610D was developed for operation in a 24/7 environment and thanks to a large heat spreader, the device stays cool even under heavy loads. High-quality components for manufacturing the access point result in a product with a very high Mean Time Between Failure (MTBF) of 329,004 hours. Boot time is less than two minutes, which is respectable for this class of device. In networked device setup, which is becoming a trend, installation can be done through the Nebula mobile application, while web-based installation is also available.

The Nebula app not only serves as a control center for the WAX610D, but also for most Zyxel devices. To add a unit, simply scan a QR label attached to the back of the case and after answering a few questions, the AP is ready to use. The mobile app automatically places the user on the Professional Pack license for one year, which provides access to all core functions as well as monitoring of live events and scheduling device firmware updates.

The app offers a graphical user interface, but a command line interface is also supported for those familiar with low-level access. An SSH session can be opened, which puts all of the device’s internal commands at the user’s fingertips. The advantage of this approach is that it provides users with an interface that is faster than the app and that can be accessed programmatically. A typical use case is the provision of several access points with a list of configuration parameters. This is easier with an SSH session than with an app.

The performance of the WAX610D is to be expected in this price range. The two radio bands offer a total bandwidth of 2975 Mbit / s, which can saturate the 2.5 Gbit uplink Ethernet port. To make full use of the device bandwidth, two clients can connect to the AP at the same time. The first connects to the 2.5 Gb LAN via the 5 GHz radio, while the second uses the 1 Gb LAN via the 2.4 GHz radio. You can then transfer data over each port simultaneously without encountering bottlenecks.

A benchmark of the bandwidth compared to the distance was carried out at the access point. A Raspberry Pi 4, which acts as an Iperf2 server, was connected to the 1 Gb LAN port of the AP. The Pi 4 can transmit at up to 950 Mbit / s to a Linux PC on which an Iperf2 client is connected to the uplink port. This is the basis for the benchmark and is unlikely to be achieved via WLAN. The field test included running the Iperf2 client on a Linux laptop with a WiFi6 PCIe adapter and transferring 4 GB of data over TCP.

The test environment consisted of a three story North American house with drywall and hardwood floors. Five data points were collected to give an idea of â€‹â€‹how the WAX610D behaves in practice: one meter unobstructed, five meters in the basement with wooden floor and drywall ceiling, seven meters on the first floor with wooden floor and drywall, and seven meters on the second floor a bathroom with ceramic tiles and drywall. Finally, the test was also carried out outside the house at ten meters. To do this, the signal had to go through a dry stone wall and a brick wall.

Popular brands like Cisco and Netgear all have similar products to the WAX610D. The differentiator lies in the type of service and support offered. Others like Ubiquiti put a lot of emphasis on the physical aspect of the device as their range of products is very homogeneous but with additional features at different prices.

The Netgear WAX214 is a WiFi 6 access point that comes very close to the WAX610D in terms of functions. It sells for under $ 150, but has less bandwidth for both WiFi and Ethernet interfaces, while the built-in antennas have less gain, which translates into shorter range.

The Cisco Business 240AC Access Point is another competitor and costs over $ 200. It shares many of the functions of the WAX610D such as VLANs and PoE, but is based on the older WiFi 5 standard. Its wireless bandwidth is also limited to 1733 Mbit / s and there is no 2.5 Gbit Ethernet port.

At $ 179, Ubiquity’s U6 LR is very tempting and delivers the same data rate as the WAX610D, but has a lower antenna gain at both frequencies. There is no second Ethernet port and the CPU has half the cores compared to the Zyxel Access Point. The main limitation remains that the internet port is 1 Gb, which limits the overall bandwidth of the device.

With the WAX610D, Zyxel has an access point that uses the popular WiFi-6 technology. What sets it apart, however, is the quality of the components. A powerful quad-core CPU, two Ethernet ports, one with 2.5 Gbit / s, and first-class internal antennas. It successfully passed our bandwidth tests with constant data throughput and excellent range. We also liked the processing quality. The case feels solid and the AP will provide years of service thanks to the good MTBF. A free cloud service allows the user to remotely manage the AP. The mobile application is snappy and supports most of the functions available in the cloud. The only downside remains the price, which is higher than the competition.

We have that too best WAP, best wireless router and best mesh wifi router