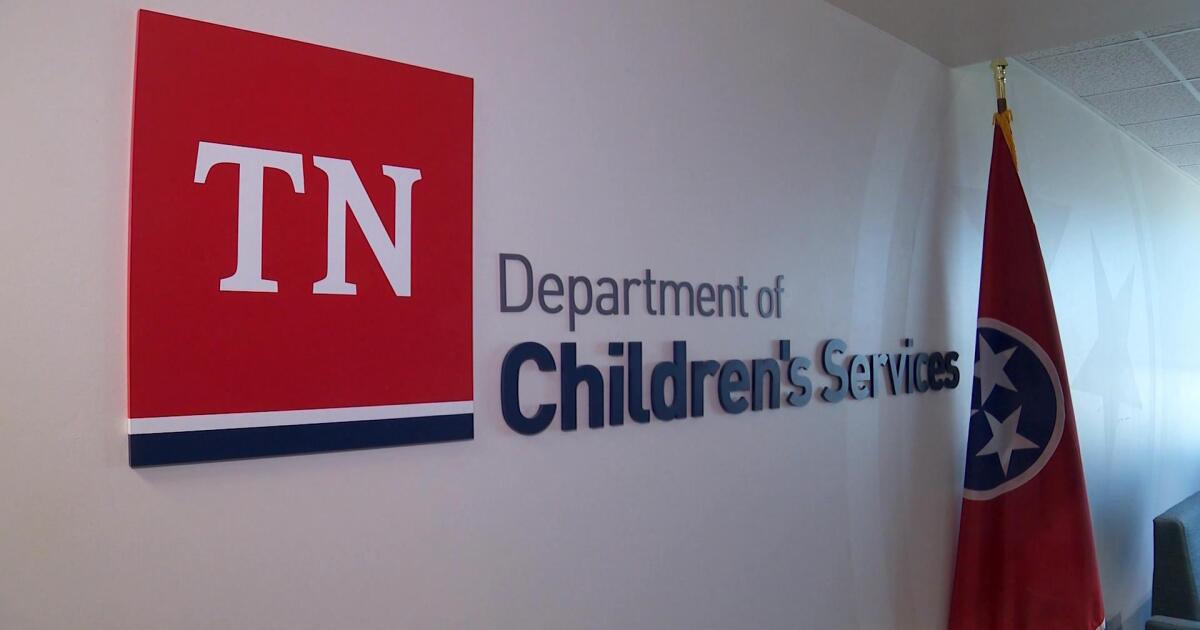 NASHVILLE, Tenn. (WTVF) – Tennessee Department of Children’s Services clerks have so many cases that some don’t meet with children monthly – as required by DCS guidelines.

A whistleblower delivered data NewsChannel 5 determined This shows a trend that one legislator is calling frightening.

The documents show a shockingly high number of cases for case workers in the Davidson County’s Child Protection Services Department investigating allegations of abuse and neglect.

They also show a trend where many case workers do not meet with children on a monthly basis or do not enter data about those meetings into the system.

DCS called the data a snapshot and said it was part of an internal management tool designed to help managers prioritize their tasks.

Screenshots from a DCS database in September showed some case workers in Davidson County with more than 80 cases.

Each case can involve more than one child.

Earlier this week we found two case workers with 98 cases.

That is almost five times higher than the average monthly number of cases permitted under state law.

State representative Gloria Johnson (D-Knoxville) has expressed concern about the high number of cases in the past.

“If you give someone an impossible level of work, no one can do it,” said Johnson.

But even she was surprised by the internal graphics we showed her.

The graphs track the required monthly meetings with potential victims of abuse and neglect in Davidson County known as face-to-face contacts.

Personal contact could include a Zoom meeting due to COVID-19.

In June, 34% of open cases were marked as “Not Found”, meaning that no case worker was visited or information about that visit was not entered into the system.

DCS said the reports show a “single point in time” and the numbers may change as workers enter more data.

Sessions should be entered within 30 days.

“These personal contacts are how they find out how the children are doing. Are you alright? said Johnson.

NewsChannel 5 determined Johnson asked, “What do you think when you see these numbers?”

“That scares me,” said Johnson.

The tragic case of 2-year-old Zephania Green shows why regular visits are so important.

As we first reported in 2019, DCS placed Zephania in a home outside of Davidson County, even though the home was unsafe.

Investigators took photos of the dire conditions in the house where she died.

They showed dirty dishes piled high in the kitchen, unusable bathrooms and bedrooms, and drug paraphernalia.

His supervisor said she fell asleep in an armchair with Zephania, when she woke up the 2-year-old was blue and unresponsive.

No charges were brought, but DCS ‘own investigation found that the case worker who brought Zephania to the home was never visited – during the four months he was there.

She told DCS it was too far to drive.

This clerk was later fired.

State Senator Heidi Campbell (D-Nashville) said the children are at greater risk when the number of cases increases.

She was alarmed by the number of children not featured in Davidson County’s Child Protection Reports.

“We have to revise this system. We need to take a hard look at why it’s not working, ”said Campbell.

Senator Campbell sent a letter to Governor Bill Lee last month stating that the situation at DCS was “getting worse”.

She cited an employee survey that blew up current DCS leadership as a reason for workers leaving.

In response to questions from NewsChannel 5 investigates DCS sent out a statement stating that “there is employee turnover and hiring challenges”.

DCS stated, “We are aggressively taking steps to retain our current staff,” including a recent increase in salaries of more than 4% for case managers.

In Davidson and the surrounding counties, DCS has signed a contract with a private provider to help with the number of cases.

Legislators say the high number of cases and the lack of regular visits show the urgent need for reform at DCS.

Here’s more of the first statement from DCS:

“The reports you have come from Safe Measures, a management tool that pulls data from TFACTS, the department’s case management system. Safe Measures is a dashboard that helps case managers and their supervisors prioritize their daily and weekly tasks The Safe Measure reports show a It is not a complete report of the number of in-person visits by case managers, as it records both the documents already entered and the data not yet entered. Case managers can see what work has been done and what it is Much remains to be done to enable them to plan accordingly. The Safe Action Report changes daily as new data is entered by case managers. “

“Like many other organizations across the country, including both public and private child welfare organizations, DCS is experiencing staff turnover and hiring challenges. We are taking vigorous steps to retain our current staff. As you know, on July 1, case managers, they’ve been in the department for more than a year, received a 4.25% raise, in addition to the raise for all government employees. To reduce the case burden in Davidson and the surrounding area, we also have contracted case managers from one private page added. We are also exploring other strategies for retaining and recruiting employees, including flexible hours / shifts, the ability to work remotely, hiring opportunities at universities and colleges, and hiring retirees to assist on a temporary contract basis. ”

Late Wednesday, the department released information about visits to a separate group of children in state care and said case handlers’ meetings with that group met or exceeded federal goals.

DCS provides the Federal Government – the Children’s Office – with information about face-to-face meetings with all children in state care.

The children’s office has set itself a specific goal for the department to make at least one personal visit per month to 95% of the children in state care. It also aims to have 50% of these visits in the child’s placement (nursing home or inpatient treatment facility). The Davidson Region beats both of these goals and narrowly missed the February 2021 face-to-face visit goal.

Do you want to download Windows 11? You need these 2 things first

“Only skin and bones”: Bali elephants must starve to death | Wildlife news