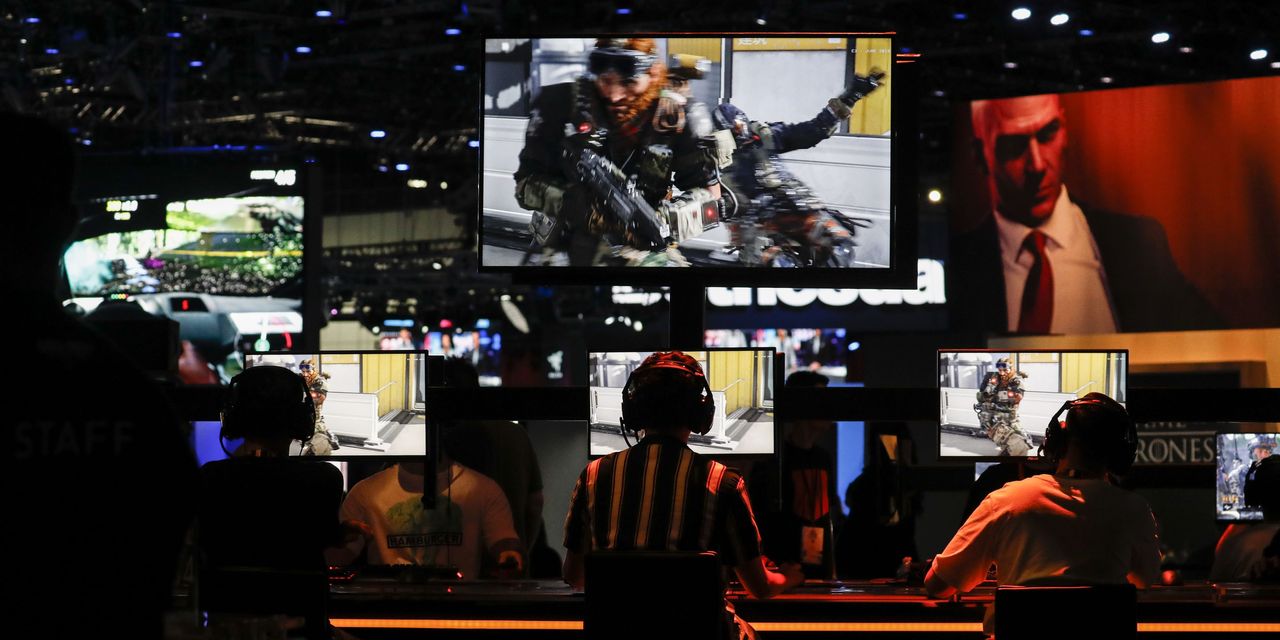 During a roughly 15-minute investor and media call shortly after Tuesday’s announcement, executives from Microsoft and Activision mentioned the term “metaverse” more than 10 times.

“As we reflect on our vision of what a metaverse can be, we believe there will not be a single centralized metaverse,” Microsoft chief executive officer Satya Nadella said on the conference call. “We need to support many Metaverse platforms.”

It was, according to analysts who follow the company, Microsoft’s way of positioning its booming games business as a gateway to the Metaverse, a future vision of the internet that’s been the subject of growing hype — especially since Facebook announced a new focus on the new name Meta Platforms Inc . in October.

In the Metaverse, according to the tech industry mindset, people will come together in digital form to work, play, shop and socialize in immersive virtual worlds where they see themselves as characters called avatars.

Video games are an example of what such a world might look like and how it might work, where many players spend hours enveloping themselves in virtual worlds spending money on digital goods and bringing their avatars together to interact.

The shares of some early adopters of metaverse-related technologies have risen, and several metaverse-themed exchange-traded funds have launched recently. And while Apple inc

has said little about its future plans, but investor excitement over how it could capitalize on the rise of the metaverse helped the company become the first to reach a valuation of $3 trillion in intraday trading this month.

Video game software was already a $100 billion+ global industry before the Covid-19 pandemic, during which games became even more popular as moviegoing and other forms of public entertainment were curtailed. But gamers are a minority worldwide and most spend only part of their free time playing games. They make up a small part of what Metaverse proponents hope will one day be a much more expansive world.

The technology and infrastructure needed for a metaverse future are still evolving. Modern virtual reality headsets, for example, are still relatively bulky and expensive.

Meanwhile, Microsoft still has plenty of reasons to acquire Activision. It’s one of the world’s largest video game companies with some of the most popular franchises, and Microsoft was able to pay less than Activision valued less than a year ago.

“What Microsoft is picking up on is a large community of dedicated players, but what that means for the metaverse in the future, who knows?” said Stifel analyst Brad Reback. “There’s still a lot to be figured out as to what will eventually become of the metaverse.”

Microsoft, which already has a sizable video game business, is positioning itself for the Metaverse future against not only other tech giants like Meta, but other video game companies as well.

What do you think the metaverse will mean for you? Join the conversation below.

By acquiring Activision Blizzard, which still needs regulatory approval, Microsoft would win several online games with Metaverse properties. For example, several million people play and entertain themselves in Activision’s “World of Warcraft”. They appear as avatars in a virtual fantasy landscape and buy virtual goods like pets. The company’s games have a total of almost 400 million monthly players.

But for Microsoft and others to make a difference in the metaverse, they need the support of gamers, said Adrian Montgomery, CEO of Enthusiast Gaming Holdings inc,

which hosts online communities for gaming enthusiasts. “The success of what becomes of the metaverse really depends on them.”

When the metaverse comes to life, tech forecasters say there will be myriad virtual spaces for people to gather in addition to games, including virtual offices, schools, sports arenas, and shopping malls. Still, it’s likely that many of the foundational tools and technologies for the metaverse will come from games first, they say. For example, technology to track a person’s movement in the real world so their gaming avatar can match them in the metaverse could improve the meeting experience in the virtual office.

“Virtual meetings are going to be so much more immersive and interactive than they are today,” said Derek Belch, founder and CEO of Strivr Labs Inc., a Palo Alto, California startup that provides virtual reality training software for the workplace.

Video games are already influencing technologies such as graphics, cloud computing, artificial intelligence and virtual marketplaces. Microsoft could apply Activision’s tools and knowledge to its other game studios and even products aimed at businesses, analysts say.

Even without the arrival of the metaverse, the video game industry has ridden a wave of growth and consolidation in recent years, fueled in part by the social-distancing restrictions of the pandemic.

According to estimates by Newzoo BV, consumer spending on gaming software increased by approximately 23% in 2020 compared to the previous year. Though that growth shrank to about 1.4% last year, total spending still reached about $180 billion, the analytics firm said. Meanwhile, mergers and acquisitions in the gaming industry nearly tripled from $8.9 billion in 2020 to $26.2 billion in 2021, data from PitchBook shows.

Investors didn’t punish or reward Microsoft this week for its big bet. Since the announcement of the acquisition plans, Microsoft shares have slipped about 2%. Activision shares are up more than 25%.

Are you using Google Keep on a Samsung S21? Do not install One UI 4