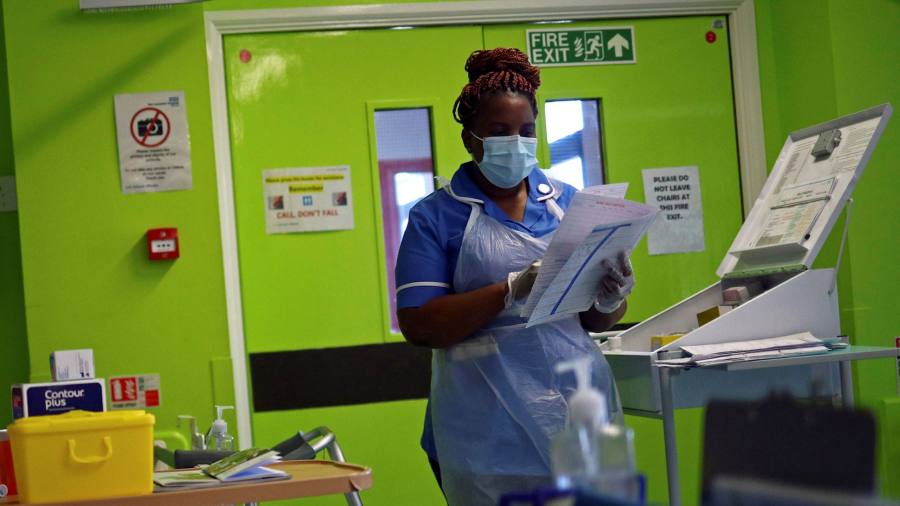 The author is an NHS doctor

The UK health and care system has been failed by successive governments and is now failing its own staff and the populations we serve.

I know this only too well. My 33 years of working in adult acute hospital care, including on Covid wards during the pandemic, has been affected by both the experience and the illness. Even before this crisis, the system was struggling. We are at peak pressure now at a time when many of us are broken and burned out.

On July 12, every Ambulance Trust in England reported a major incident. It has been described as the “worst night ever” in acute care as staff shortages, worsening response times and ambulances bogged down in front of overcrowded emergency departments. Waiting times in the emergency rooms are longer because there are so few beds available on the wards to admit patients. And these wards are struggling to discharge patients due to ongoing cuts in social and community health care. The short-term Covid “Hospital Discharge Fund” closed in March.

In Elective Care, there are now 6.5 million people on waiting lists for outpatient appointments, exams, procedures, or surgeries, and probably several million more “hidden waiters.” Delays are getting longer.

Primary care in England has struggled with a record number of consultations this year. But despite increasing demand, the number of full-time equivalent qualified general practitioners has not increased since 2015. At least 100,000 NHS hospital posts are also unfilled, while the social workforce crisis is even more pressing, partly due to immigration regulations and competition from other low-wage sectors.

Staffing levels are central to any NHS recovery, but the Government rejected calls for a statutory obligation to publish regular staffing plans and figures as part of this year’s Health and Welfare Bill. It takes years to train qualified replacements: there is no magic reserve of the right people. And we are becoming increasingly demoralized. Even NHS bosses, who normally shy away from open condemnation of the government, said last week they were “presiding over a failing NHS”. The latest British Social Attitudes Survey found that public satisfaction with services is at a 25-year low (albeit with continued high levels of trust in the facility and in doctors and nurses).

Of course, there needs to be a broader, longer-term policy debate about the design and funding of our health and care systems. But we must act urgently to get through next year. At a minimum, this will require: A significant improvement in terms and conditions, going well beyond the current recommendations of salary review bodies. Treat and reward employees better, or more will do. We also need an end to pension tax rules that penalize senior medical professionals who take on extra work to clear backlogs.

Immigration rules need to be eased quickly to allow foreign-trained staff to come and stay in the UK. We can worry about ethical recruitment and training of local staff once we have weathered the immediate existential threat.

Social welfare requires an urgent cash injection that goes far beyond that the new tax. Both local government and social security fundraising are backward, unfair and further disadvantage those most in need.

Finally, there needs to be honesty, realism and public expectation management about what can – and cannot – be delivered at this time and how long it will take the NHS to recover.

After two years of pandemic medicine and then finally my own bout of Covid, I was put on sick leave in May. I had to give up the presidency of the Royal College of Physicians, a position to which I had just been elected.

I have seen little acknowledgment from the contenders for the Conservative leadership of the magnitude of the problem or the need for urgent action. We need politicians who face up to this crisis and the legacy of bad governance. But when you’ve been in government for 12 years, it’s difficult.