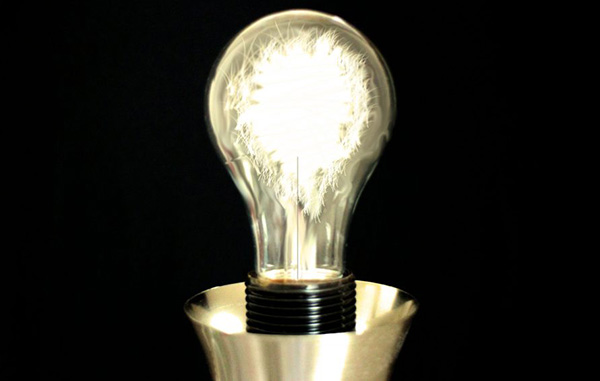 Stamp application
Patent No. 11,027,873
A method and apparatus for applying stamps to a group of packages wherein the stamps are arranged in a predetermined pattern and the packages in the group are arranged in a different pattern, using an apparatus having one or more carriages moveable in the x- and/or y-directions.
Inventors: Patrick McElhinney (Chesterfield, Virginia)
Assignee: Altria Client Services (Richmond)
June 8, 2021

System and method providing flow-through private label card acquisition
Patent No. 11,030,637
The disclosed embodiments include methods, systems, and articles of manufacture for providing offers for merchant accounts. The disclosed embodiments include, for example, a system for providing offers for accounts associated with a merchant. The system may be configured to receive a product identifier from a consumer, the product identifier identifying a product available from a merchant. The system may also determine whether the consumer has a current financial service account associated with the merchant. Further, the system may determine one or more incentives to offer the consumer, the one or more incentives being based at least in part on the product identifier. The system may also generate an invitation to apply for a new financial service account associated with the merchant when the consumer does not have a current financial service account associated with the merchant, communicate the invitation to apply to the consumer, and award the one or more incentives to the consumer based on a response to the invitation to apply.
Inventors: Thomas S. Poole (Chantilly, Virginia), David E. Keating (Glen Allen, Virginia), Drew Jacobs (Arlington, Virginia), Janusz M. Niczyporuk (Vienna, Virginia), Luke A. Hammock (Washington, D.C.)
Assignee: Capitol One Services (McLean, Virginia)
June 8, 2021

Sensor apparatus
Patent No. 11,035,704
A sensor apparatus may include a channel structure configured to couple with an external element and a fluid conduit, such that the channel structure may receive a fluid, at least partially drawn through the external element from an ambient environment, and direct the fluid through the fluid conduit. A sensor may generate sensor data indicating a flow rate of the fluid through the fluid conduit based on monitoring a variation in a pressure at a location in hydrodynamic contact with the fluid conduit and in relation to an ambient pressure of the ambient environment. The sensor apparatus may enable generation of improved topography information associated with flows of fluid drawn from the external element based on measuring a local pressure at the location in hydrodynamic contact with the fluid conduit and determining the ambient pressure based on monitoring the local pressure over time.
Inventors: David B. Kane (Richmond), Yezdi B. Pithawalla (Midlothian, Virginia), Srinivasan Janardhan (Glen Allen, Virginia), Gerd Kobal (Sandy Hook, Virginia)
Assignee: Altria Client Services (Richmond)
June 15, 2021

Methods and apparatus to facilitate proximity detection and location tracking
Patent No. 11,039,281
Methods, apparatus, systems and articles of manufacture are disclosed to facilitate proximity detection and location tracking. An example method includes receiving messages collected by a badge in an environment, the messages including signal strength and a timestamp. The example method also includes assigning a location in the environment to the badge based on a first subset of the messages. The example method also includes identifying an asset in a second subset of the messages. The example method also includes updating a current location associated with the asset based on a relative proximity of the asset to the badge, wherein the current location corresponds to a first time and the updated location corresponds to a second time, and wherein a change in location between the current location and the updated location indicates movement of the asset in the environment.
Inventors: Brandon Stephen Good (Niskayuna, New York), Charles Burton Theurer (Alplaus, New York), Shaopeng Liu (Clifton Park, New York), Robert Lee Wallace (Glen Allen, Virginia)
Assignee: General Electric Co. (Schenectady, New York)
June 15, 2021

Fabrication square
Patent No. 11,033,988
Provided is a fabrication square for aligning workpieces. The square includes a triangular shaped base, a first arm, a second arm, and a relief cut where the arms intersect the base. The arms extend away from the base at a 90-degree angle. The base and first arm further include a series of holes that match the hole pattern found on a conventional metal fixture table, while the second arm includes a slot to allow for rotation. The square can be aligned with and attached to the fixture table with one or more fixture stops that secures the square to the table via the holes. The use of the square, fixture stops, and table lock the workpieces in position, which in turn prevents movement before, during, and after welding, thereby increasing fabrication precision.
Inventors: Eric Jaffe (Henrico, Virginia)
Assignee: N/A

System and method for treating wastewater
Patent No. 11,034,601
A system and method to treat wastewater or non-potable water using a reactor that is perforated at its bottom arranged in a vessel at a depth. Air pressure from an air grid at a reactor bottom induces an uplift of liquid and media to move highly aerated liquid through the media, which provides surfaces for microbial attachment and growth. An alkali porous material is suspended in the upswelling liquid that dissolves to reduce acidity and balance the pH of the liquor. The upswell in the reactor is at a higher elevation than the vessel giving directional discharge outlets head or velocity creating stirring and mixing to an area surrounding the reactor. Interchange of mixed and unmixed liquor is provided via the bottom perforations. Provision is also made for unit to cycle off and on so that the media can decant and for solids to settle out of the treatment unit.
Inventors: M. Sean McGuigan (Hanover, Virginia), Colin Bishop (Woodville, Texas)
Assignee: Anua International (Greensboro, North Carolina)
June 15, 2021