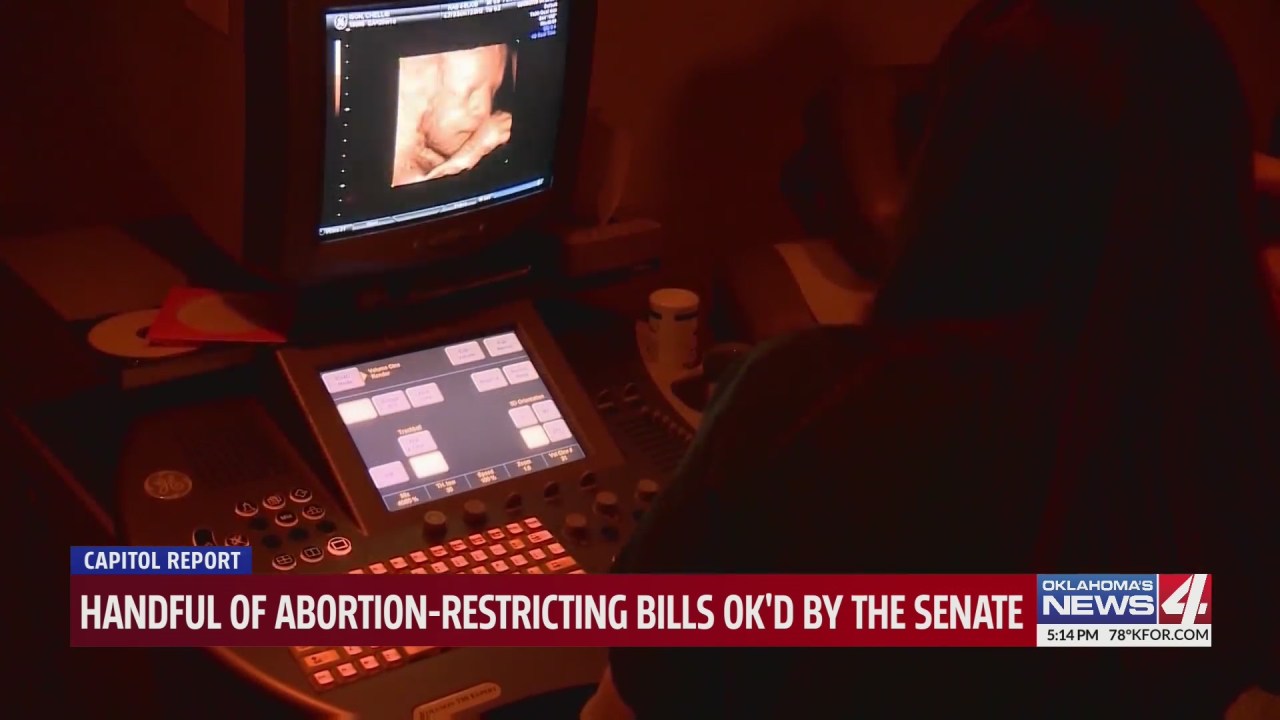 This is an archived article and the information in the article may be out of date. Please see the timestamp on the story to see when it was last updated.

OKLAHOMA CITY (KFOR) – For the second year running, abortion laws were on the agenda at the State Capitol.

The Oklahoma House of Representatives passed two major bills on Tuesday designed to restrict procedures in our state.

The state Senate looked at the abortion law on Wednesday. Republican Senators say Oklahoma could potentially play a role in amending the national abortion law. Opponents say these new bills restrict access and choice and are ultimately illegal.

“I am very optimistic about all of these laws that have been passed. Hopefully we will save some of the lives of the unborn, ”said Senator Nathan Dahm.

Dahm, a Republican senator from Broken Arrow, unveiled three of the five abortion-related bills that passed the Senate essentially along the party lines on Wednesday morning. Doctors would be punished for doing an abortion except to save the mother’s life. Another would make abortions illegal if a fetal heartbeat could be detected, which could happen as early as the sixth week of pregnancy.

“The Oklahoma Constitution says that all human beings have the innate right to life,” said Dahm.

Two other bills passed aim to regulate and monitor the use of drugs that promote abortion.

“Whether I agree to use these drugs or not, they are dangerous,” said Senator Julie Daniels of Bartlesville.

The debate was intense on both sides of the island.

Senate Republicans say with the conservative rescheduling of the US Supreme Court, some of these bills will challenge national abortion laws.

“Not only is Oklahoma fighting for the lives of the unborn, there are many other states that are putting in place similar laws, but ultimately we’re seeing some of those laws in the Supreme Court,” Dahm said.

However, opponents say these laws are just wasting lawmakers ‘time and taxpayers’ money.

“These bills are unconstitutional and are being challenged and dismissed,” said Tamya Cox Toure of ACLU Oklahoma.