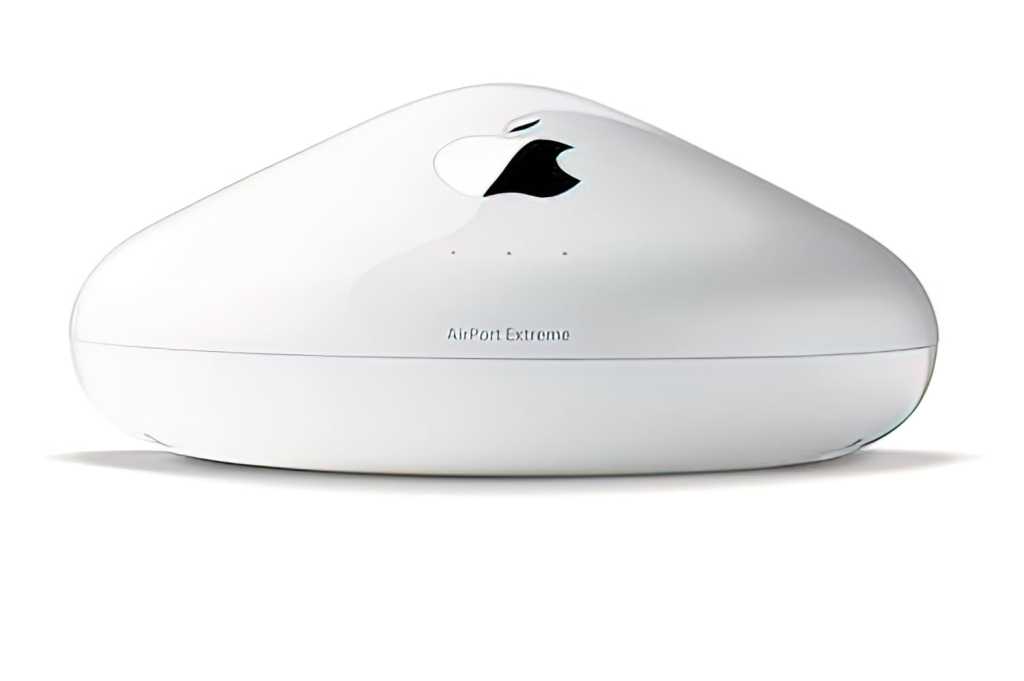 Ah, the humble wireless router: an internet-age staple, something we all have hidden somewhere in our house (or worse, in plain sight). They’re an annoyance, a thing that sometimes just needs to be restarted for no apparent reason, whose bugs can be puzzling, and whose troubleshooting and management can have even the most tech-savvy of us gritting our teeth in frustration.

It didn’t have to be like this. Once upon a time, Apple was in the business of making wireless routers. The AirPort line was introduced in 1999 at the same event where Apple introduced the iBook, the first consumer computer with a built-in wireless network. Over the course of almost more than a decade, Apple made a number of devices until it finally discontinued the line in 2018.

And now more than ever it feels like that was a mistake. It is too late? Could an AirPort revival save us the hassle of dealing with inferior routers? Or are we at the mercy of a future of anger and irritation?

One of the things that made the AirPort line great was that it came at the height of Apple’s vaunted approach to technological simplicity. At a time when most people were just getting online and Wi-Fi was in its infancy, Apple’s AirPort was an easy and fast way for consumers to get started without having to know much about networks.

I had an AirPort Extreme as my only wireless router in my house for about a decade, and during that time I’ve almost never had any problems with my connection. Thanks to its app-based management system, I didn’t have to deal with annoying web interfaces (although it had its weaknesses, like a very slow restart that seemed necessary for even the smallest changes). And the AirPort Extreme packs plenty of power and features into a device designed with Apple’s signature elegance, a box that isn’t offensive when placed under your TV.

While much of the AirPort lineup was certainly expensive for the time, the prices are hardly ridiculous by the standards of today’s wireless routers, which can often be $150 or more for a top-of-the-line model. And the reliability that came with the AirPort was worth the cost, given its set-and-forget nature.

Unfortunately, Apple’s entry into the wireless router market didn’t last. As with other markets in which the company once competed, such as printers and displays, routers had become a commodity, with prices increasingly falling and many alternatives being offered by companies that seemed to see networking as their core business. On the other hand, ISPs increasingly pushed their own routers, bundled with their service and often combined with a modem, and many consumers took the path of least resistance.

The last AirPort produced by the company, the AirPort Time Capsule, featured the Wi-Fi 5 standard (formerly known as 802.11ac), which is still widely used today and was launched in 2013 – a full five years before the company officially announced it pulled the plug the line.

You can still find used AirPorts and Time Capsules these days, even on Amazon, and I’ve been tempted every time I’ve had a problem with my current router. But the hope springs forever that Apple might reconsider its decision to exit the market and see the benefits of building a new AirPort that matches and even surpasses what it has previously offered.

One reason for Apple to get back in the market is control: wireless technology has become an even more important part of Apple’s ecosystem. After all, most of its devices rely on a Wi-Fi connection, and Apple is a company that really likes to control the entire experience, from soup to nuts. An increasing number of smart home devices now also support Thread, a feature Apple itself has built into its HomePod mini and the latest Apple TV.

A major change that happened not long after Apple exited the wireless router market was the emergence of consumer-facing mesh wireless systems. These use multiple access points to cover a large area with a seamless Wi-Fi network — think products like Eero, Ubiquiti, and AmpliFi. These products come at a higher price point, but they’re also meant to be simple and straightforward — exactly the kind of market Apple often excels in.

Additionally, there are ways for Apple to stand out from its competitors by providing a privacy-focused device that will help users avoid tracking on any of their devices, perhaps by incorporating a system similar to the iCloud Private Relay feature , which introduced it in iOS 15 and macOS Monterey.

There is also an opportunity to improve the state of the art in terms of design. So many popular wireless routers look like they were created by Batman, with sharp, angular edges and antennas pointing in all directions. Mesh systems tend to be a little more aesthetic, which also has a functional benefit: they won’t try to hide them in locations that might not be beneficial for distributing a wireless signal throughout the home.

In short, there are still opportunities in this space, and it’s one that, in terms of technology, design and privacy – if you’ll pardon the expression – goes well with exactly what Apple does best. While I don’t have high hopes of the company getting back into business, I can only dream. Now, if you’ll excuse me, I need to reboot my router one more time.

Dan has been writing about all things Apple since 2006 when he started contributing to the MacUser Blog. He is a prolific podcaster and the author of the Galactic Cold War series, including his latest, The Nova Incidentcoming in July 2022.

How to turn your hobby into a source of income | money