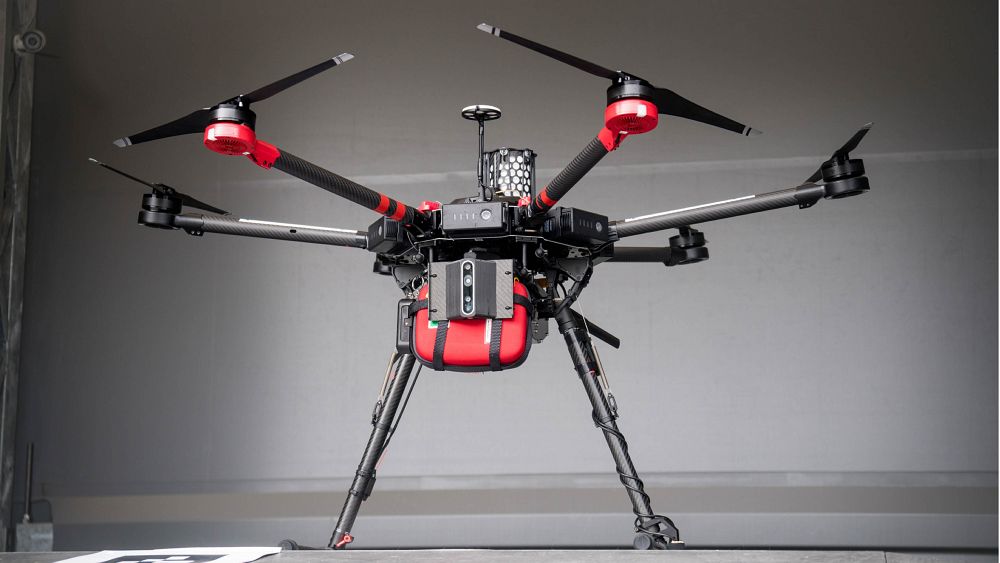 When an alarm sounds in the Everdrone control room on the outskirts of Gothenburg, it means there is a medical emergency and the remote pilots should prepare to send an automated drone through the sky.

Since 2019, Swedish drone developer Everdrone has been working with researchers from Stockholm’s Karolinska Institute and the country’s emergency response organization to study the use of drones to deliver automated external defibrillators (AEDs) to patients in cardiac arrest wherever they are.

“An autonomous system that can start immediately and has no problems with traffic will be much faster on scene than an ambulance,” said Maciek Drejak, Founder and CTO of Everdrone.

“They still need an ambulance to attend to the patient, but if we can deliver the AED just a few minutes earlier, the win is huge. The probability of survival decreases by about 10 percentage points per minute, i.e. every minute counts, every second actually counts”.

Andreas Claesson, associate professor at the Karolinska Institute, says the Swedish emergency services receive reports of around 6,000 cardiac arrests a year; only about ten percent of these patients survive.

About 70 percent of out-of-hospital cardiac arrests occur in homes without a defibrillator nearby, he says.

“We know that if it’s possible to use an AED within the first three to five minutes, about 50 percent of all patients can survive,” Claesson said.

“So we need to find new ways to deliver AEDs in the first few minutes.”

The process begins like any other emergency; Calls to the Swedish emergency number 112 are put through to one of the SOS Alarm control centres.

About 3.4 million calls are received every year.

If callers suspect cardiac arrest and the patient is in the trial area, a drone will be dispatched along with more traditional emergency services.

According to Mattias Regnell, head of innovation at SOS Alarm, the drone system is electronically integrated into the emergency guidance system.

“When they put that pin on the map, the system automatically knows to deploy a drone within that area,” he explained.

During a study that began in February 2020, a total of 14 suspected cardiac arrest cases were eligible for drone delivery. Of these, drones were dispatched to 12 and AEDs were delivered to all but one.

“People are willing to help, and if we can just refine the system to help our interlocutors use the AED frequently by bystanders, then we will see an increase in cases,” Regnell said.

In most cases during the four-month study, the automated drone reached the emergency scene about two minutes earlier than the ambulance, on average, but the project’s backers believe that with certain improvements, this can grow to three or four minutes earlier.

Patrik Segerfelt, director of a participating dispatch center in western Gothenburg, says that even when not in use, the AED brought comfort to local people, letting them know help was on the way.

“Someone said it was comforting to know, even if in these cases [where] it didn’t do anything except comfort the local people because it was the first,” he said.

“First in front of the fire and rescue services and the ambulance and the police. Then they knew that we at triage knew where they were.”

The project had its first real success last December when an automated drone helped save the life of a 71-year-old man in the Swedish town of Trollhättan, some 75 km north of Gothenburg.

dr Mustafa Ali was on his way to work when he saw the man had collapsed on his driveway. He quickly diagnosed cardiac arrest and called 911.

“After about a minute or two. I think (I heard) something in the air, but it’s not like a helicopter, so I looked up and there’s a drone,” Ali recalled.

“At first I thought someone was filming here, but at the same time [someone] from the alarm center said: ‘Here is your defibrillator, so just pick it up.’ OK!”

According to Everdrone, the time between the alarm going off and the AED being delivered was just over three minutes.

Ali used the drone’s defibrillator and continued the defibrillation in the ambulance. The patient survived.

Upon delivery of the AED, the drone descends to about 30 meters and then winds the package down.

While the drones are autonomous, remote pilots monitor the entire flight and receive takeoff clearance from local air traffic control.

Of course, flights are limited by battery and range. Adverse weather, such as rain and wind, can also prevent some trips.

An ongoing follow-up study began in April 2021 and is expected to be completed this spring.

The service can currently reach 200,000 residents in Sweden and will be expanded to other European locations this year.

Everdrone’s Drejak believes drones can also be used in other parts of emergency care by delivering items like EpiPens.

“I am convinced that such a system will be part of normal emergency services in the future,” he said.

“I see a future where you have these types of systems basically everywhere, and obviously there are other things you can deliver than AEDs that you need in an emergency location very quickly.”

For more information on this story, watch the video above in the media player.

Internet Explorer may not be dead yet