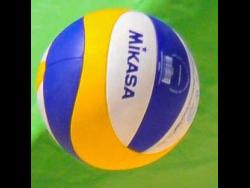 THE JAMAICA Volleyball Association (JaVA) has been busy since the COVID-19 pandemic destroyed their local and international competition schedule. With training and tournaments banned from the realm of possibility, JaVA had focused on developing the skills and knowledge of coaches and officials. However, with the green light received on November 8 for a return to the courts, JaVA President Jacqueline Cowan is hopeful.

â€œWe were thrilled and grateful because we have waited a long time for this day. So now we know we have a lot to do, but we are really happy and all of our clubs and partners were overjoyed too, because we were waiting to see what would happen. When we let them know, everyone was very, very happy and we started moving from day one, â€Cowan said when the government gave the go-ahead.

Like many sports associations, JaVA relies on high school competitions to uncover new perspectives, and Cowan is looking to partner with the Inter-Secondary Schools Sports Association to get volleyball going again.

The hiatus forced by COVID has harmed the sport, according to Cowan.

â€œFrom a development point of view, it set us back; and it also threw us back in the ranking at regional and international level. While other countries in the Eastern Caribbean could keep playing, we weren’t. These countries, even if they may not be as good as us, are now ahead of us in their rankings because of the rankings [in part] are based on the number of games you play, â€she explained.

The resumption of the local club league is also on the agenda, but faces a high hurdle. â€œOf the 15 clubs that actually play in our club league, only two currently have venues where they can train. It’s a big problem because if they can’t train it means they can’t participate and we can’t form a two-team league, â€Cowan announced in December.

Nevertheless, participation at home will be a main focus of JaVA this year.

â€œWe need to find more people to enroll in our national program. So we’re going to focus on local competition to see how we can best find the players because we’re really starting from scratch now, â€she said.

In the meantime, Jamaican trainers and officials have further developed their skills. Most recently, according to Cowan, 10 local referees along with around 80 other referees from the region have completed online training.