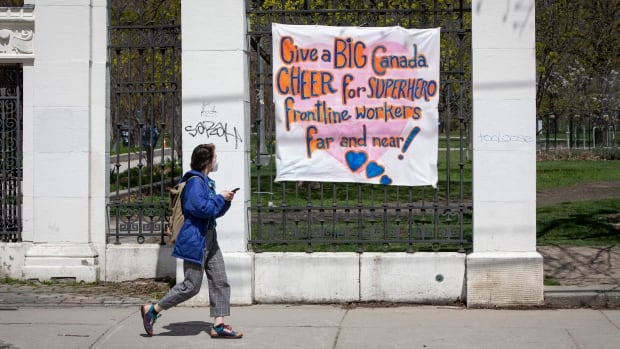 After spending years in a nursing home for her 83-year-old mother, Deborah MacDonald finally made the difficult decision late last year to put her on a long-term care waiting list.

The 14 hours of care the Brampton resident’s mother receives weekly is no longer enough to treat her worsening dementia, MacDonald says. These hours are also not guaranteed due to a shortage of Personal Support Workers (PSW). Despite her disdain for the system’s treatment of seniors, she says long-term care is the only financially viable option her mother can support despite the ongoing staff shortage.

“You’re giving me three choices: starve my mother, quit my job, or bankrupt her,” MacDonald told CBC News. She says the burden shouldn’t fall on taxpayers to circumvent a strained healthcare system.

“We have done our part; we gave you our money… you owe us the services to which we are entitled and they should be of good quality.”

MacDonald says she’s disillusioned with Ontario’s treatment of seniors during the pandemic. With a provincial election in just over a couple of weeks, she says she doesn’t trust parties who say they will reform elderly care if elected. Advocates say their sentiments are shared by jaded PSWs who are leaving the sector in droves, burned out by the added burden of COVID-19.

“I don’t even know how to put words to emphasize how absolutely devastating our frontline healthcare system is right now,” said Miranda Ferrier, CEO and president of the Ontario Personal Support Worker Association. This represents more than 50,000 PSWs working long-term, at home and in the community, and in hospitals.

She says she has watched the healthcare system steadily cut by Liberal and Conservative governments alike and has no time to consider political parties’ promises of reform when she is busy keeping elder care alive.

“Why should I?” asked Ferrier.

“Under the Totem Pole”

For years, PSWs have been considered “the bottom of the totem pole” among nurses and doctors, Ferrier says. Still, she says, her jobs are an essential part of taking care of seniors across Ontario, especially during the pandemic.

As of May 11, 4,511 long-term care residents have died with COVID-19 — 30 percent of all deaths from the novel coronavirus in the province since early 2020. More than 150 nursing homes are still operating amid the COVID-19 outbreak, which is putting PSWs under continuous strain suspends.

“Here they were at the beginning of COVID, the heroes, the warriors. And now they’ve been forgotten again,” Ferrier said.

Throughout the pandemic, health care advocates and unions have fought for higher wages, more job security, safer working conditions, guaranteed benefits and paid sick leave. They have also pushed for the repeal of Bill 124, a law introduced in 2019 by the Ford administration that limits wage increases for provincial employees like nurses and teachers to one percent per year.

The lack of change on many of these fronts has prompted Gina Wray, a PSW of 32 years, to seek another job. Although she is passionate about her job, she says she is physically and mentally exhausted from working in a system that doesn’t give her time to do her job properly.

“We’re lucky enough to give them six minutes a day so they can just take care of us,” Wray said.

“I compare it to a factory. A factory would not be left out. Why are we doing this on the front line?”

What the parties promise

The province’s progressive Conservatives, Liberals and New Democrats gave CBC News email statements about what they will do to address the PSW shortage if elected on June 2.

The PCs say if they form a government they will invest $2.8 billion over the next three years to make the $3 an hour pandemic pay rise for PSWs permanent and an additional $4.9 billion US dollars to train and hire more than 27,000 frontline workers.

The Ontario Liberals say they would provide mental health services to all health workers, supplement shift work with short-time work and raise PSWs’ wages to $25 an hour, in line with the Liberal federal government’s campaign promise in 2021.

The NDP says they will invest $450 million a year in long-term, home and community care and increase that to $1.9 billion a year by 2026, hire and train 10,000 more personal caregivers, part-time PSW Will paint gig work and provide a minimum of four hours of care per resident per day.

The Greens’ platform includes a pledge to “increase the proportion of long-term care investment in outpatient and home care from 13 percent to 35 percent to meet this.” [Organization of Economic Co-operation and Development] Average.”

Both the NDP and Liberal parties say they will repeal Bill 124.

Ferrier says while each party wants to throw money into the problem through wage increases and hiring flashes, that alone won’t stop PSWs from leaving.

She says change can only happen if governments address the “lack of respect” for PSWs with immediate regulation of the long-term care sector, job security and “fundamental” policies that give frontline workers more say in how the sector works .

“It’s going to take a lot of trust, but I believe whoever wins this election can make positive changes if they really listen to the federation and the frontline staff,” Ferrier said.

“If they don’t listen and continue down the same path that they started, it’s just going to keep falling apart.”