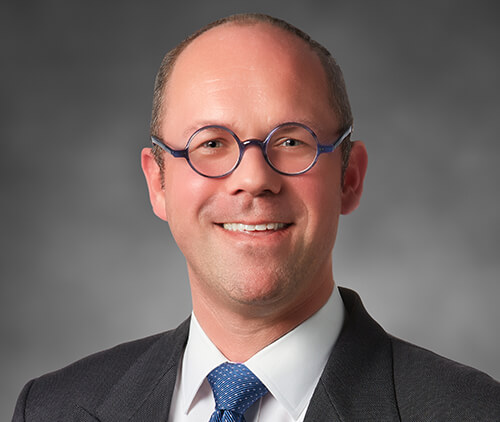 As a trained oncologist, Dr. Klamerus the position of Dr. Michael McKenna, McLaren Health Care’s first CMO, who passed away in May.

“During his already distinguished career, Dr. Klamerus has proven to be a compassionate physician and an able and confident leader who has already developed relationships with many of our medical leaders throughout the system,” said Phil Incarnati, President and CEO of McLaren Health Care “he leaves a well-deserved legacy. His loss was very hard for all of us, but it is gratifying to know that one of his most trusted mentees will succeed him and build on his significant contributions to our clinical quality improvements. Dr. Klamerus will be a welcome addition to ours be leadership teams.”

As Chief Medical Officer, Dr. Klamerus recommend, develop and oversee the implementation of medical care aimed at improving patient clinical outcomes while establishing a consistent standard of care across the McLaren system. His immediate goals include continuing to build on McLaren’s established success in service excellence, clinical quality and health equity, and solidifying the system as the healthcare provider of choice in the communities it serves.

After graduating from Olivet College, Dr. Klamerus from Michigan State University College of Human Medicine. He completed his residency in internal medicine at Ohio State University, where he achieved the position of chief physician, before continuing his education with a fellowship in medical oncology at Johns Hopkins University. He also earned a Masters of Medical Management from Heinz College at Carnegie Mellon University and completed the Health Management Academy’s General Electric Fellowship Program for Chief Medical Officers.

In 2020, he was appointed to the Public Health Advisory Commission by Michigan Gov. Gretchen Whitmer.

The story of dr. Klamerus at McLaren began in 2009 when he was a practicing oncologist as Program Director of Cancer Services at McLaren Northern Michigan in Petoskey before becoming President of the McLaren Cancer Institute. When McLaren acquired the Karmanos Cancer Institute in 2014, he assumed the role of executive vice president and chief quality officer at Karmanos before being named president of the organization.

During his time at Karmanos, Dr. Klamerus oversaw the expansion of the Karmanos Cancer Network, expanding it to 16 community treatment centers throughout Michigan and Ohio and unifying them under a single standard of care by developing the structure of clinical guidelines, treatment plans and performance standards. He also led all business development and oversaw key business and clinical partnerships with practicing physicians, academic faculties and medical education partners.