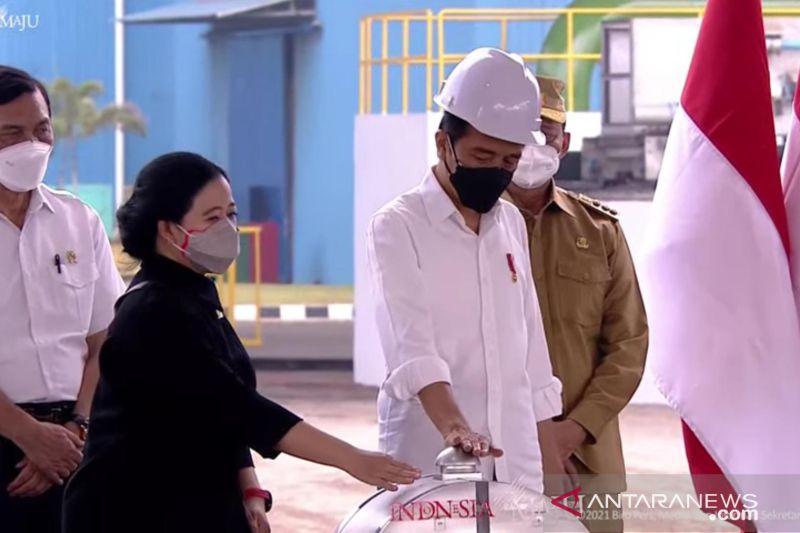 Jokowi urges ministers to support the steel and iron industry

Jakarta (ANTARA) – President Joko Widodo (Jokowi) has urged ministers to continue to support the steel and iron industry and the professionalism of State Enterprises (SOE) to create a steel industry cluster in Cilegon, Banten.

Jokowi conveyed this in his speech at the inauguration of the PT Krakatau Steel mill on Tuesday.

“I trust the ministers to continue to support the steel and iron industry and state-owned companies to become more professional and profitable,” said Jokowi.

The president aimed for the steel industry cluster in Cilegon to produce 10 million tons of steel by 2025.

Since steel consumption in the country is enormous, steel demand has risen by 40 percent in the last five years, which is driven by the expansion of the infrastructure, Jokowi emphasized.

He later found that steel consumption in the country is not only for infrastructure, but also for the development of other industries that need steel, especially the automotive industry.

“So do not allow these products to be imported from the foreign market,” Jokowi emphasized.

On Tuesday, President Jokowi left Atang Sendjaja Air Force Base, Bogor District, West Java, for Banten Province. The head of state and his entourage took off aboard the Air Force Super Puma helicopter for Cilegon City at around 8:15 a.m. local time.

Other news: The base metals industry is projected to see 3.54 percent growth in 2021

After inauguration, the head of state is due to review COVID-19 vaccination activities being carried out at multiple locations in Banten Province, including student vaccination at Serang City 4 High School.

The president and his entourage will then go to the Singandaru Community Health Center (Puskesmas) in Serang to review the COVID-19 vaccination for the community.

Jokowi will then continue his journey to the Banten Province Local Administrative Area in Serang City to provide instructions to the Regional Leadership Coordination Forum (Forkopimda) in Banten Province.

On the flight to Banten Province, President Jokowi was accompanied by State Secretary Pratikno, the President’s Military Secretary, Rear Marshal M. Tonny Harjono, the Commander of the President’s Security Guards, Major General TNI Tri Budi Utomo and the Deputy for Protocol, Press and Media of the Presidential Secretariat Bey Machmudin.