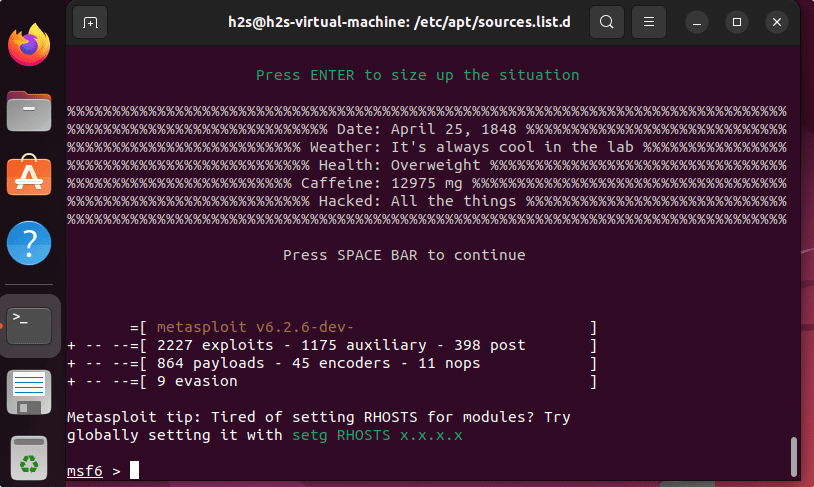 Metasploit is an open source project that includes, among other things, the Metasploit framework. It contains a collection of exploits that can be used to test the security of computer systems. It is often used by hackers in addition to the developers or testers.

Speaking of the legal side, the framework of the open source project Metasploit is mainly used to test computer systems for security vulnerabilities. It offers a bundle of exploit tools to perform various security and penetration tests that can be run on distributed target systems. Even software developers can use it to test their software to find potential loopholes.

Metasploit Framework developers used Ruby language to create it and it can be installed on different operating systems. It includes all major Linux and Unix versions, macOS and Windows. Generally, users have to install it manually, however, penetration Linux distributions like Kali provide Metasploit out-of-the-box.

In addition to the command-line-oriented input, graphical user interfaces are available for more effortless operation. The framework can be expanded via add-ons in different languages.

The framework offers a modular structure and differentiates between the tasks of developers and attackers. There is a separation between the attack methods (exploits) and the code to be executed. Exploits must be specifically tailored to the different vulnerabilities of software and hardware. The code is used when an attack method has been successful and the system can be infiltrated or compromised.

The Rapid7 Metasploit official site provides the setup script that can install the framework on Ubuntu with a few commands, here we learn what they are.

First, run the system update command to get the latest version of your system’s installed packages. Also, this step will rebuild the APT package index.

Unlike other popular open source software that can be installed using Ubuntu’s default system repository, Metasploit cannot be installed via APT. However, thanks to the developers of this testing tool, they offer a script that can easily install Metasploit on Linux systems, even Ubuntu 22.04.

Change the script’s permission to make it executable.

Finally we have the executable script on our system, now we can just install it by running it on our system. Here is the command for it.

After that, run the system update command again.

If you get an error message: Warning: apt-key is obsolete. Instead, manage keychain files in trusted.gpg.d (see apt-key(8)).

Run the given command to set up a database and web service.

The above command will launch the Metasploit framework from where you can start using this tool. For more information, see the official documentation page.

6. How to update or update

In the future, if you want to get the latest updates for the installed Metasploit, you can get them easily by running the System update and upgrade command.

Well, there may be times when you don’t need this software for some reason. If that is the case for you and you want to remove Metasploit from your system, then here is the command.