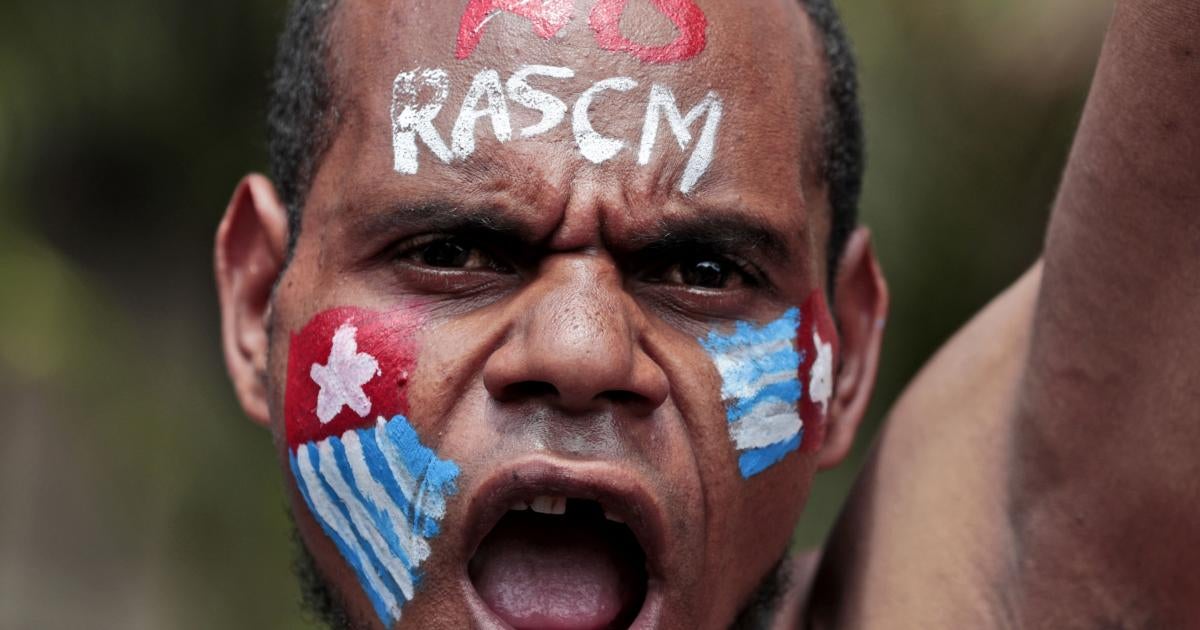 “For decades, Indonesian security forces have routinely subjected indigenous Papuans to unlawful arrests and violence, yet have never been brought to justice for these violations,” said Phil Robertson, deputy Asia director at Human Rights Watch. “The Indonesian government should stop harassing and arresting peaceful Papuan protesters and immediately release activists accused of peacefully exercising their rights to freedom of expression and association.”

Video footage of the attack three years ago shows officials scream racially slurred the West Papuan students as they entered the dormitory and shot tear gas. Police arrested 43 indigenous Papuan students for allegedly failing to raise the Indonesian flag in front of the dormitory to celebrate Indonesia’s Independence Day. Later in the day, authorities released the students. But for almost a month, the students had to sleep outside their dorm because of the lingering toxic smell of tear gas.

Widespread protests erupted in at least 30 cities across Indonesia after video footage circulated online and news of the event was reported. Some protests turned violent and both Indonesian settlers and indigenous Papuans were killed in places like Wamena and Jayapura. The Indonesian authorities responded to the protests in the following months by arresting at least 22 peaceful demonstrators on charges of treason.

The human rights situation in Papua and West Papua has changed amidst a climate of rising fights between the Papuan independence supporters and the Indonesian security forces.

Almost two years after his arrest, Victor Yeimo, 39, a spokesman for the West Papua National Committee (Komite Nasional Papua Barat, KNPB), remains in police custody. Police arrested him in Jayapura on May 9, 2021 and charged him with treason for calling for a referendum on independence during anti-racism protests following the Surabaya attack. After Yeimo’s arrest, media reported that up to 130 protesters were arrested in the West Papuan capital of Manokwari.

In prison, Yeimo was denied access to vital medical care and as a result his health had recovered by August 2021 deteriorated to life-threatening levels. He was diagnosed with tuberculosis after his arrest and has lately been hospitalized for this disease.

In September 2021, the UN Special Rapporteur on Human Rights Defenders Maria Lawlorshe expressed publicly To ponder to the Indonesian authorities over the charges against Yeimo and neglect of his medical needs.

On June 26, 2020 Letter Speaking to the Indonesian government, a group of UN special rapporteurs expressed their concern about the harassment, intimidation and criminalization of human rights defenders in Papua. They also raised the alleged acts of intimidation against Wensislaus Fatubun, a communications adviser to the official Papuan People’s Assembly. Indonesian police arrested Fatubun on November 17, 2020 along with 84 others, ahead of a series of meetings organized by the People’s Assembly of Papua in Merauke. He was released the following day.

Successive Indonesian governments, including the current one President Joko Widodo’s government has tried to do this suppress the Papuan independence movement by increasing Indonesian troops and police in the region. The authorities routinely violate Papuans’ right to freedom of expression and association, including by criminalizing the raising of the Papuan “morning star” flag, in violation of the International Covenant on Civil and Political Rights, to which Indonesia is a party.

On March 1, UN experts expressed themselves again To ponderand calls for an independent investigation into reports that Indonesian security forces have abused indigenous Papuans, and for the Indonesian authorities to allow full humanitarian access to the region.

In June, the authorities arrested 44 demonstrators who had been peacefully protesting against the Indonesian authorities. controversial plans founding three new provinces in Papua. Many activists saw this as an attempt by the government to “divide and conquer” the indigenous Papuans. identity and movement.

Instead of trying to ease tensions and address the concerns of Papua’s indigenous people, the Indonesian government has sought to further divide the region by dividing the province of Papua into four separate provinces. activists raised To ponder that this plan will lead to increased militarization of Papua and allow the Indonesian government to gain greater control over the resource-rich region.

Human Rights Watch takes no position on Papua’s claims to self-determination, but supports the right of all, including pro-independence advocates, to peacefully express their political views without fear of arrest or other forms of reprisals.

“On the third anniversary of the heinous attacks of 2019, the Indonesian government should recognize that the arrest and detention of peaceful Papuan activists is a continuation of troubles and unrest,” Robertson said. “Indonesian police and military operations should be conducted lawfully and in a manner that respects and upholds the rights to freedom of expression and association for indigenous peoples.”