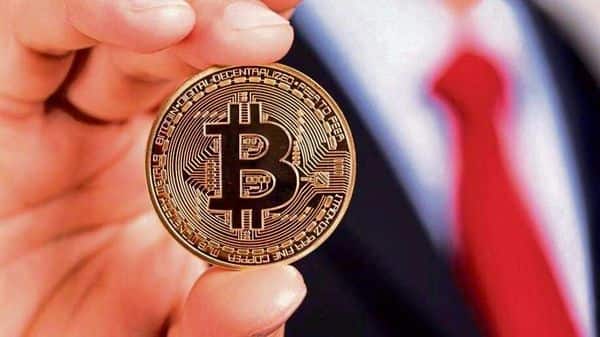 I’m not saying that cryptocurrencies are going to fail. In fact, it is obvious that the future of currencies is digital and that crypto is simply a special way of running a digital currency.

I am saying that Bitcoin will fail. I’ve seen articles that use bitcoin and cryptocurrencies as synonyms, but that’s a mistake. There are thousands of cryptocurrencies out there and Bitcoin is just one of them. It’s the earliest, so the most famous, but I believe there are serious problems with Bitcoin that will cause it to fail. Here are the main reasons.

There is no real value

Some people say that fiat money (these are the normal currencies we all use today) also has no real value since we left the gold standard. This is wrong. Fiat money is worth the government guarantee that issues it. In fact, on the Indian rupee, you will see a “promise to pay the owner” issued by the RBI governor. In the US dollar, you’ll see the words “legal tender,” which means the same thing. Governments have the power to tax their citizens and businesses, sell public assets, issue bonds, and otherwise guarantee their currencies. These are formidable forces that give confidence that the currency’s value will be there.

The only value Bitcoin has is that someone else is willing to pay a price for it. In that sense, it’s like a work of art. But a work of art also has the ability to embellish the space it occupies. Bitcoin doesn’t even have that.

There is no stabilizing force

Fiat money is heavily defended by the government that spends it. Central banks go to the international money markets to conduct “market operations,” that is, to buy or sell their national currencies in order to keep them stable. A currency cannot function without stability.

Bitcoin’s volatility makes it a terrible currency. It doesn’t matter how many providers accept them. Just think of it this way: if you have Bitcoin, will you use it to buy something? You will not. They would only be using fiat money. That’s because you didn’t buy Bitcoin as a currency. They bought it as a speculative investment in the hope that it would go up in value. You would not pay with Bitcoin because you fear that Bitcoin’s value will increase by 20% two weeks later. For the same reason, if Bitcoin starts to go down, sellers will stop accepting it as a payment because they don’t want the value to go down 20% a week later.

It competes with national currencies

Bitcoin proponents say it will replace fiat money. If this has the slightest chance of coming true, it means that Bitcoin is in competition with national currencies. Can we really imagine the central banks of China, the US and the EU saying, “Let’s cancel our currencies and just use bitcoin that no one can control”? That would be fatal for their monetary systems! As we’ve seen in the past few days, China has banned Bitcoin trading and mining. Various other countries have also indicated that they would follow suit. So no, the countries are not going to adopt Bitcoin. Instead, they will issue their own versions and then ban Bitcoin.

Bitcoin is a utopian dream

Why do celebrities buy bitcoin when there are so many problems? Some Bitcoin supporters envision a future where currencies are fully democratized and not controlled by governments. I am not confident that this future will come for the reasons mentioned above.

The massive liquidity in the markets right now, from the monetary and fiscal policies of many governments to combat Covid, is an important reason for the rise in Bitcoin value. This is not sustainable in the long run.

All of the other advantages Bitcoin could have over fiat money, such as the speed of transactions, will be undermined when fiat money goes entirely digital.

Moh Hon Meng is co-founder of the iFAST Group.

* Thank you for subscribing to our newsletter.