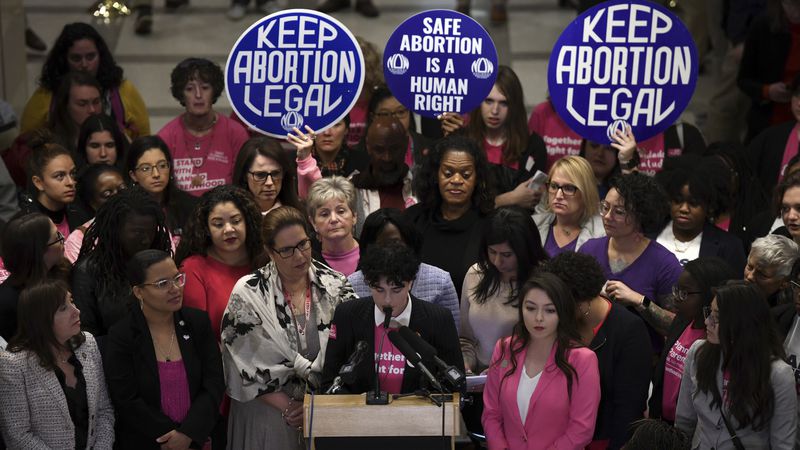 TALLAHASSEE — The Florida House on Friday joined a national effort by conservative lawmakers to limit access to “disabled abortions.”

The House of Representatives voted 74 to 44, mostly partisan, to pass a bill that would ban physicians from performing abortions in cases where the physician “knows or ought to know” that the procedure was requested solely because it was shown that the fetus has a disability. Nine other states have passed similar bills, many of which have been challenged in court.

The legislation passed by the House of Representatives, House Bill 1221, will almost certainly not go into effect this year. The Senate companion to the measure, Senate Bill 1664, was never heard in committee.

Many in the disability community opposed the law.

Related: The Florida “disabled abortion” law has some critics in the disabled community

But the result could spell future discussion of the issue in the Florida Legislature for years to come. Supporters of the bill, including its sponsor, Rep. Erin Grall, of R-Vero Beach, say “disabled abortions” are tantamount to eugenics — the biased practice of perfecting the human gene pool by eliminating individuals with supposedly undesirable traits.

Debate on the bill in the House of Representatives at times mirrored the broader political discourse on abortion. Abortion-rights defending Democrats have argued that the state should not restrict access to a woman’s personal choices. Anti-abortion Republicans likened abortion to killing a child.

But the discussion sometimes took on another, more emotional dimension. Allison Tant, D-Tallahassee, delivered an impassioned speech on Friday about her own experiences as a mother to a 22-year-old son with Williams Syndrome — a cognitive disability. She argued that if the state is to help people with disabilities, it should first focus on families like hers – not vulnerable would-be mothers.

“It was a very difficult path. It was a decision I made with my doctor,” Tant said of her decision to become the mother of her son. “Not every family can do that.”

On Thursday, Republicans shot down several Democrat amendments. One of them would have delayed implementing the ban on disabled abortions until the state eliminated its waiting list for services provided under the iBudget waiver. That would mean giving immediate government assistance to tens of thousands of Floridians for costly home-based services.

Meanwhile, Republicans argued the state had a moral imperative to ban these procedures. Rep. Tyler Sirois, R-Merritt Island, cited the Nazi example when describing the abortions provided for in the bills. He argued that the fascist German party of the 20th century had condoned “disability abortions.”

Get insight into Florida politics

You are all registered!

Want more of our free weekly newsletters delivered to your inbox? Let’s begin.

Discover all your possibilities

“The Nazis had a term for it,” Sirois said. “They called it ‘life not worth living’.”

Coverage of the Tampa Bay Times legislation in Florida

Receive updates via SMS: ConText, our free SMS service for political news, brings you the latest from this year’s Florida legislature.

Sign up for our newsletter: Get Capitol Buzz, a special bonus edition of The Buzz with Steve Contorno, every Saturday while the Legislature is in session.

We’re working hard to bring you the latest news from the state legislature. This effort requires a lot of resources to collect and update. If you haven’t signed up yet, Please consider purchasing a printed or digital subscription.