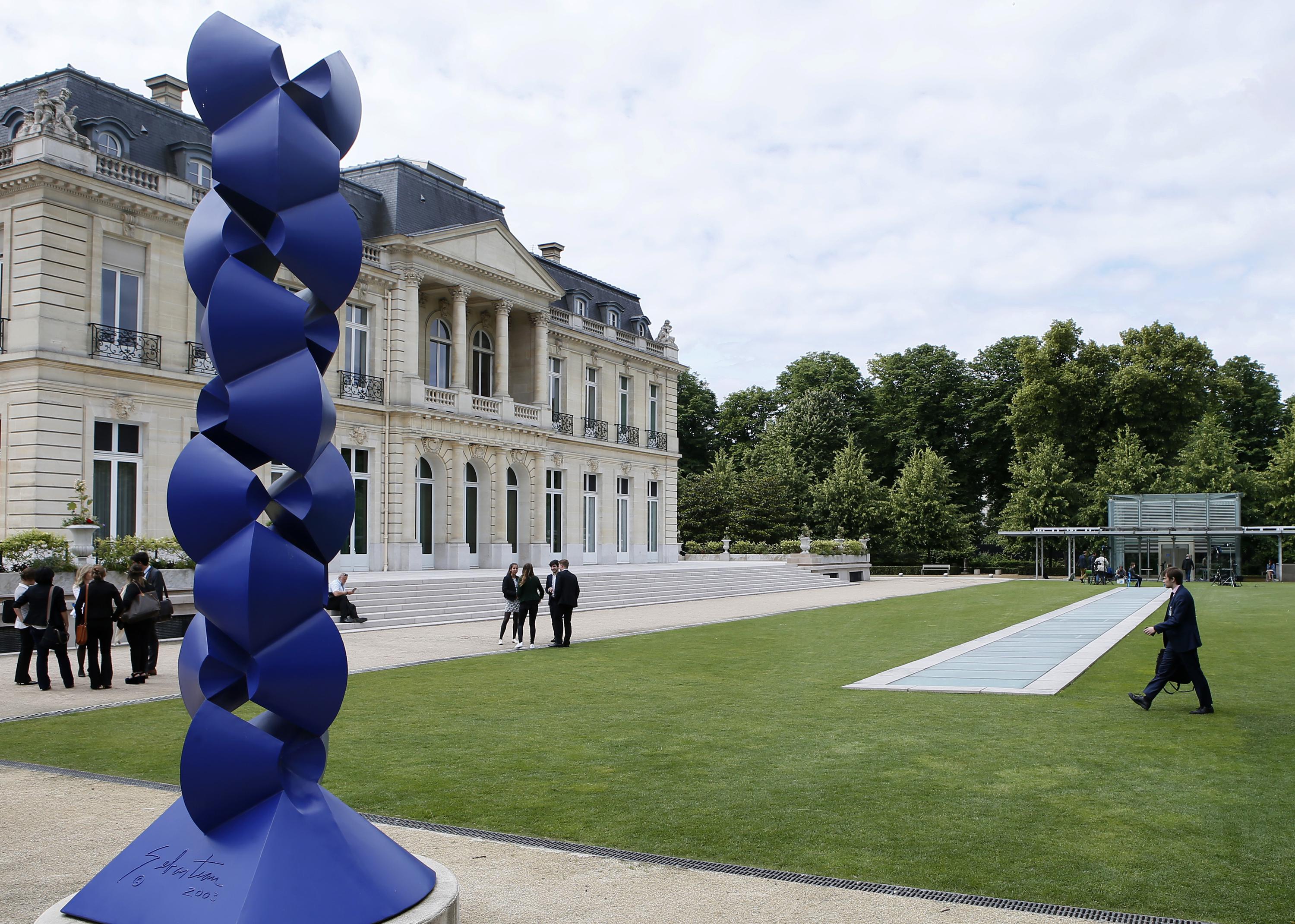 FRANKFURT, Germany (AP) – How can governments stop multinationals from avoiding taxes by shifting profits to subsidiaries in low-tax countries?

Years of international discussion on the issue gained momentum after US President Joe Biden proposed a global minimum corporate tax rate of at least 15% and possibly higher. The Biden proposal has found support in the Group of Seven prosperous democracies, raising the prospect that a new approach to international taxation could be achieved this year.

At least that is the goal of the Organization for Economic Cooperation and Development in Paris, which accompanies talks between more than 135 countries.

Here are some key questions:

WHAT IS A GLOBAL MINIMUM CORPORATE TAX?

Countries would change their tax laws so that if their companies’ profits were untaxed or lightly taxed abroad, the company at home would face an additional top-up tax to bring its tax rate to the minimum.

This would take away the incentive for companies to shift profits to low-tax countries, the idea goes, because if these companies avoid taxes abroad, they would have to pay them domestically anyway. And the minimum would weaken countries’ motivation to introduce lowest tax rates in order to attract companies in the first place.

Domestically, Biden has proposed raising the U.S. tax rate on foreign corporate earnings to 21%. This would mark an increase from legislation passed under his predecessor, Donald Trump, which had a range of 10.5% to 13.125%. Critics have argued that the foreign tax rate passed under Trump, combined with exemptions, is too low to deter companies from profit shifting.

Even if the US interest rate is higher than the global interest rate, the difference could be small enough to eliminate most scope for tax manipulation.

HOW BIG IS THE PROBLEM?

Corporate profits have been migrating to tax havens for decades, often through complex avoidance systems. From 1985 to 2018, the global average corporate tax rate fell from 49% to 24%. And from 2000 to 2018, US companies booked half of all foreign profits in just seven low-tax jurisdictions: Bermuda, the Cayman Islands, Ireland, Luxembourg, the Netherlands, Singapore and Switzerland. Although small countries charge a low tax rate, they can generate significant revenue for them.

And there’s certainly some money at stake. US Treasury Secretary Janet Yellen has said a global minimum would end a destructive “race to the bottom” in international taxation. According to the London-based advocacy group Tax Justice Network, governments lose $245 billion a year to tax havens. If that money were instead available to governments, they could use it to meet their high pandemic relief costs, among other things.

HOW DOES THE ORDINARY AFFECT PEOPLE?

Different ways. Taxes on the profits of multinational corporations are ultimately paid by the shareholders of those corporations – a group that is generally wealthier than average. As the tax burden on corporate income has fallen, the overall tax burden has tended to shift towards wages and labor – in other words, from generally wealthy shareholders to ordinary workers. Another cause for concern: According to the OECD, large companies that operate cross-border enjoy an unfair competitive advantage by benefiting from international tax avoidance strategies that are not available to local companies.

HOW DO COMPANIES MOVE PROFITS TO FIND THE LOWEST TAX RATE?

Although some tax avoidance schemes are illegal, most are perfectly legal. Part of the problem is the nature of the modern economy: it is increasingly based on intangible assets such as brands, software and other intellectual property. These are easier to move than tangible assets like factories.

One way of shifting tax liability is through a profit-sharing agreement. A share of costs and profits are assigned to a subsidiary in a low-tax area. Another option is to allocate income from copyrighted software or other intellectual property to legal entities in tax havens.

THE DISPUTE ABOUT “DIGITAL” TAXES

Part of the OECD talks focused on the taxation of companies that do business in countries where, often because the companies’ operations are internet-based, they have no physical presence and therefore pay little or no tax on those sales. France has introduced a 3% “digital services tax” on revenue deemed to be earned by large companies in France – a measure aimed at US tech giants like Google, Facebook and Amazon. Other countries have followed this example. However, Washington has branded such unilateral taxes as improper trade practices that unfairly target US companies.

The Biden administration has proposed solving the problem by compiling a list of 100 of the world’s largest and most profitable companies – regardless of their industry – and letting countries tax them based on their local sales. The idea would be for other countries to end their unilateral digital taxes and end the trade tensions they are fueling.

WHERE DOES THIS PROCESS START FROM HERE?

Every agreement encounters obstacles. A key sticking point could be where to set the global minimum rate. Low-tax countries like Ireland, which are also part of the talks, could resist a higher tax rate. Advocates like the Tax Justice Network say 15% is too low and would severely curtail revenue.

Another contentious issue is how to define the list of “largest and most profitable” companies and how to settle disputes when countries disagree on what proportion of their profits each can tax. The G-7 finance ministers, meeting in London on June 4-5, left their position on these issues blank to add later.

Any agreement could be reached at a meeting of countries in the OECD process this summer, followed by endorsement by the Group of 20 finance ministers meeting in Venice in July and a final decision at the G-20 summit in October in Rome. Meanwhile, Biden would need Congress to approve his proposed US interest rate.

Even if there is no negotiated global deal to sign, coordinated unilateral action by governments could actually impose a minimum tax. If enough large economies home to multinational companies, such as the United States and major European countries, make it clear that they will tax profits stashed in tax havens, much of what the talks seek could achieve.