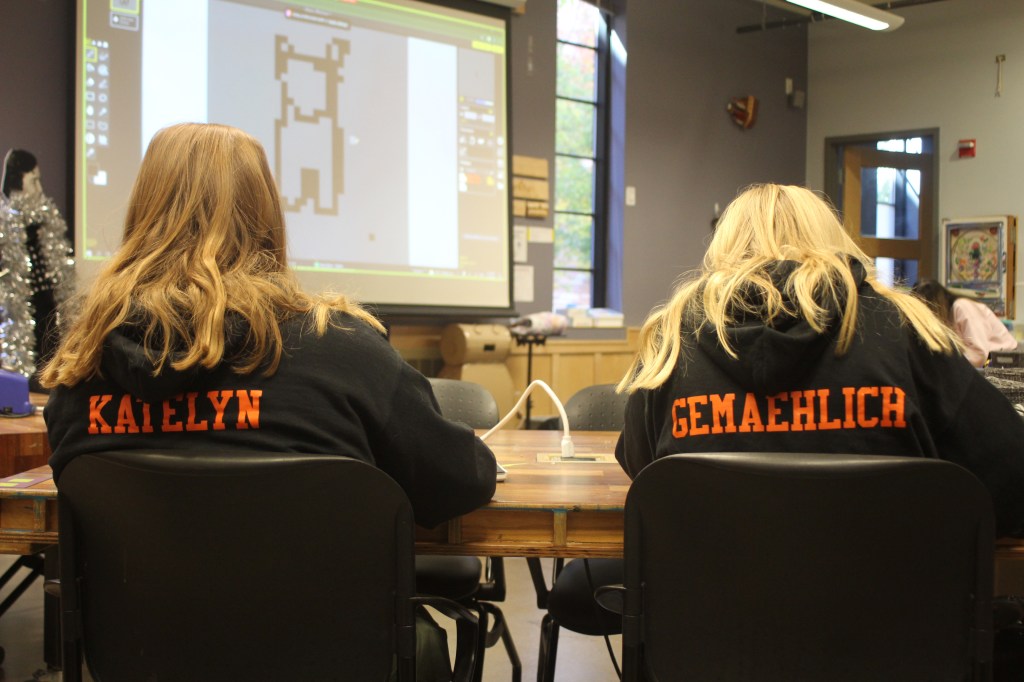 The Atlas Institute at the University of Colorado Boulder hosted its first-ever mini hackathon for high school students belonging to underrepresented and marginalized groups – especially students who identify as female and non-binary.

The eight hour event started with two workshops, one on web development and one on animation. Then the 10 participating students and some who were only online were encouraged to develop a project – but with no pressure to complete it on Sunday.

“We try to make it as open as possible, without pressure,” said Neha Kunapuli, one of the organizers and CU Boulder Senior with a focus on computer science.

The event was organized by the student group T9Hacks, which is housed at the ATLAS Institute of the CU Boulder. The group was originally created as a safe place to better serve engineering students regardless of gender, sexual orientation, race, or disability. The club has teamed up with STEMblazers, another group dedicated to inclusivity in the world of STEM.

T9Hacks, which is running hackathons for college students in its seventh year, would receive requests to attend from high school students, prompting the group to organize their first version of high school.

OcÃ©ane Andreis, one of nine undergraduate organizers and graduate student in creative technology and design at Boulder CU, said she thought of her own experiences in high school when planning Sunday’s hackathon.

The Atlas Institute, she said, showed her more programming skills than what she learned in high school.

“The field is definitely wider than what I was told,” she said. “I’ve been told that coding is Java.”

Kunapuli added that she wasn’t really interested in computer science in high school because â€œit was a lot of math and a lot of technical stuff. It didn’t seem to be a lot of fun. “

She changed her mind after seeing all of the options for projects in college.

â€œMuch more creativity is required than you think,â€ she says. “This is an important thing that I wanted to emphasize at our event.”

While the hackathon was open to everyone, T9Hacks is aimed at women who identify as non-binary and colored people. At the event on Sunday, about 80% of the students were female or non-binary, organizers said.

Hope Han, a sophomore at Peak to Peak Charter School in Lafayette, worked on creating a family website to help with communication and planning.

“This is the time when you can focus on a project that you normally don’t have time for,” she said. “I want to experiment with technology.”

Samantha G, an eighth grader from Rocky Top Middle School, learned about the hackathon from one of her female tech instructors. Her favorite aspect of the Au {t9} umn hackathon was the events’ focus on inclusivity. â€œI like that LBGTQ + is included. I have a few friends who are not binary or queer, and some of their parents are not very supportive but feel very supported with programs like this. “

Marketing director Patricia Chin said the group hopes to host another mini hackathon for high school students this spring, although an exact date for the next one has not yet been announced. For more information, see t9hacks.org/home.

Waiting For Ottawa LRT Service To Resume And U.S. Land Border To Open To Canadian Travelers: Five Stories To See This Week

The invisible barriers to bridging the digital divide