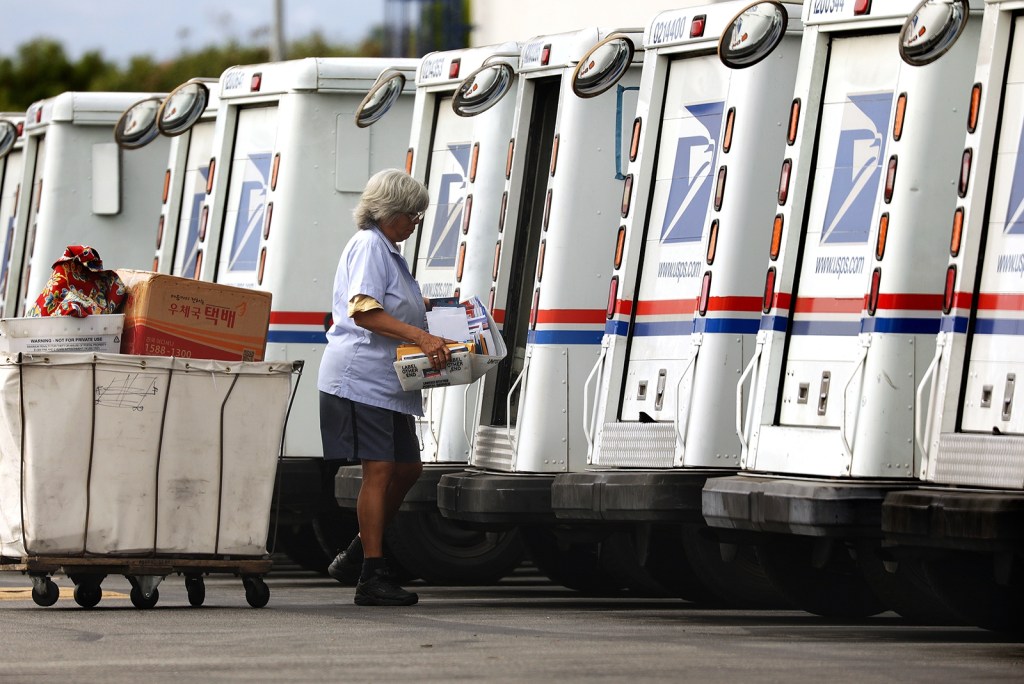 Cross out the U.S. Postal Service

It is a metaphor for what is happening on seemingly all levels of our country and our culture. The United States Postal Service has announced that it will be slowing down service for premium mail and magazines while “temporarily” increasing the price of all “commercial and retail domestic parcels” … over the holidays. It’s probably a good thing that the announcement didn’t come through the mail or that it was delayed.

How big the delay is depends on our postcodes, which sounds a bit discriminatory. A card developed by the Washington Post allows you to enter your zip code and then tells you how many more days you can wait to wait for your bills, ads, catalogs, and personal letters, assuming that nowadays someone but maybe Grandma writes letters.

Postmaster General Louis DeJoy showed a gift for the obvious when he said, “The Post Office’s problems are serious,” but he is optimistic that they can be resolved. He said he has a “ten-year plan” that sounds a bit like the old Soviet and Chinese centralized planning systems that have failed.

Part of the problem was the enormous amount of money USPS provided for pensions and other benefits for postal workers. DeJoy believes one way to save money is by allowing retirees to switch to Medicare, a program that is already living on borrowed financial time and is likely to run out of money in the not-too-distant future.

What a difference a couple of decades can make. I remember when I was a child in the camp I received letters from my parents with a three-cent stamp on them. They were delivered promptly. In the days leading up to Christmas, we received morning and afternoon deliveries. The post office, as it was then called, united the nation and opened the world (some children had “pen pals” in other countries) before there were Internet and Facebook “friends”, most of whom we don’t know.

Going to the mailbox and seeing what was inside was a daily adventure. They would hoist a red flag on the side of the box to let the postman know that you have something to send. If you peeked into the mail van on a train, you’d see lots of bags and know they were on their way to their destination on time.

DeJoy says airlines have become unreliable in delivering mail and he wants to rely more on ground services. It worked with the Pony Express!

Then there is the unofficial but well-known “motto” of the Post: “Neither snow, rain, heat nor gloomy night linger these couriers from the rapid end of their arranged rounds.”

The law and motto need to be updated to reflect the new delays. Perhaps it is time to find a replacement for the U.S. Postal Service and make it a completely private business.

If only we could revive the original postmaster Benjamin Franklin, who created an affordable and fast system for his time. Franklin would probably be appalled by what we have today. He might even recommend clocking it out and starting over.

Readers can email Cal Thomas at [email protected] Look for Cal Thomas’ latest book, America’s Expiration Date: The Fall of Empires and Superpowers and the Future of the United States (HarperCollins / Zondervan).