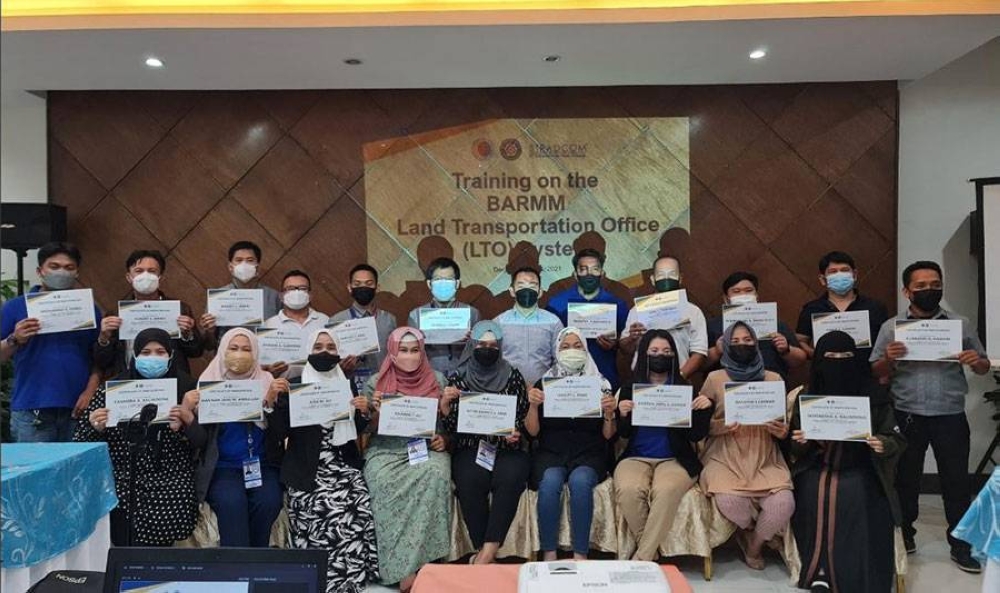 BARMM accelerates the development of land transport through technology

Stradcom briefed over 20 BLTO employees on the core modules and services of the online system in December 2021. CONTRIBUTING PHOTO

THE establishment of the Bangsamoro Autonomous Region in Muslim Mindanao (BARMM) marked a new dawn for the Bangsamoro community, which had struggled for decades for lasting peace, economic development and meaningful autonomy.

BARMM was formed under the Bangsamoro Organic Law, also known as Republic Act 11054, signed into law by President Rodrigo Duterte in 2018.

BARMM is still in transition and requires a strong partnership between multiple sectors, such as national government and the private sector.

One of the ministries of the BARMM that plays a significant role in the transition is the Ministry of Transport and Communications (MoTC).

In November 2021, the MoTC entered into a partnership with the Philippine IT company Stradcom for the organization and automation of its systems for the BARMM Land Transportation Office (BLTO).

Anthony Quiambao, President and CEO of Stradcom, said the historic partnership with BARMM symbolizes the company’s commitment to contributing to the progress of the Bangsamoro region.

BLTO Regional Manager Anwar Upahm said in an interview that they chose Stradcom as their partner because of the IT company’s capabilities and proven track record in automating land transportation systems from LTO.

The IT company also organizes capacity building and knowledge sharing activities for BLTO officials and staff on system and process handling for key BLTO services.

Upahm said the partnership with Stradcom made the transition of the LTO offices seamless, although new staff were hired at the acquired offices.

Stradcom spokeswoman Lorie Bundoc said the company plans to upgrade the BLTO facilities to create a more favorable environment for the transactional public and system users. Self-service kiosks and the use of cashless payment options are also being considered.