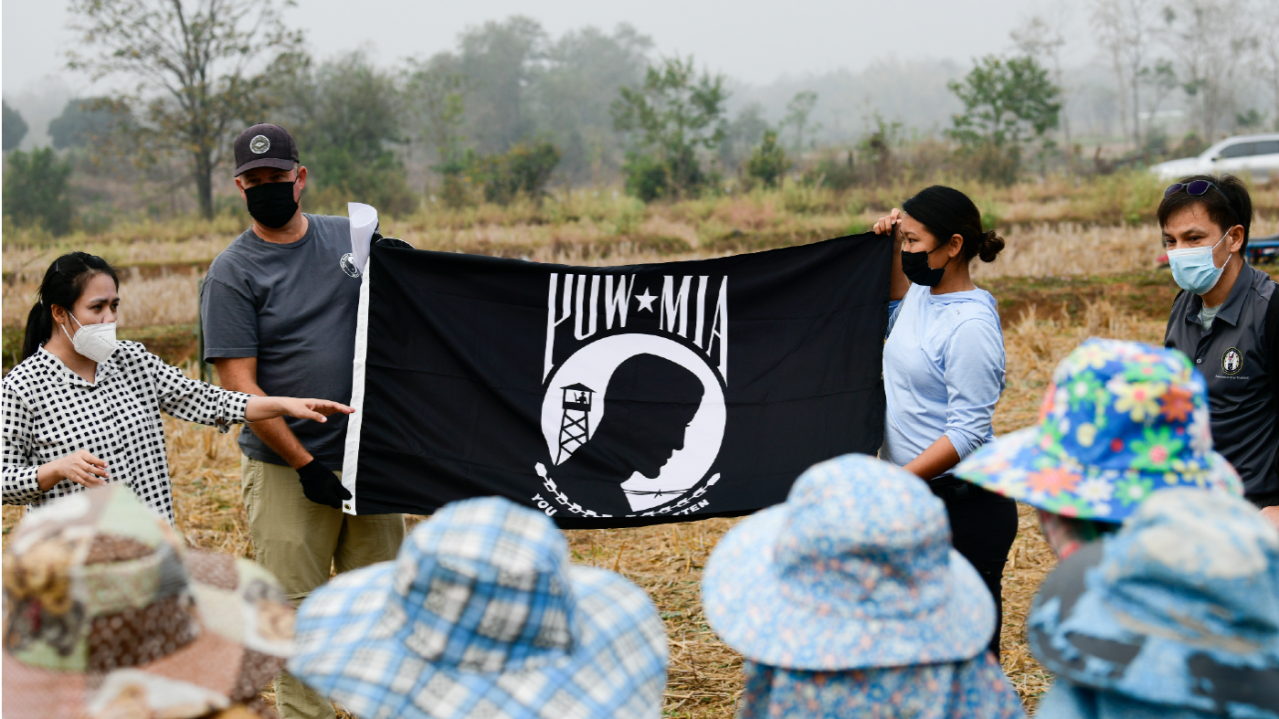 Continue today National POW/MIA Recognition Daylet us pause to remember the suffering of all American prisoners of war.

The Gold Medal Law of the Defenders of Bataan and Corregidor (p. 1079), now pending in Congress, seeks to award Congressional Gold Medals to some of the POWs who fought the Japanese in the early months of World War II. Credit to Sen. Martin Heinrich (DN.M.) for championing the bill and working to honor these men and women whose stories and sacrifices must not be forgotten.

But the law as it stands is inadequate.

As written it would only honor those who served on Bataan and Corregidor in the Philippines. It omits Americans who, also without hope of supplies and antiquated weapons, attempted to repel Japan’s lightning-fast advance through Southeast Asia from August 8, 1941 to June 10, 1942 – at Midway, Wake Island, Guam, Java, etc., the Philippines, Aleutians and at sea .

These are the Americans that President Franklin D. Roosevelt said in August 1943, when the outcome of World War II was still uncertain, “will be remembered as long as people continue to respect bravery, dedication and determination”. This still applies.

The Philippines is often at the center of the most common stories of American POW suffering and survival, in part because so many endured the infamous there Bataan Death March. The Americans there held out for months in 1942 on Luzon’s Bataan Peninsula and eventually on the tiny fortress islands in Manila Bay, the best known of which is Corregidor, until they could no longer stop the Japanese that were arriving.

But the stories of survival and subsequent Japanese brutality are no less remarkable in other parts of the Philippines or the Pacific Rim.

The few hundred Marines and Navy seamen left to defend Guam were overrun by the Japanese within days December 10, 1941. Guam was the first American territory occupied by the Japanese during the war. The survivors of the battle would endure almost the entire war as prisoners of the enemy.

On Wake Islandmore than 400 Marines, 1,200 unarmed civilians and 45 Employees of the Chamorro Pan Am airline heroically held back a Japanese armada for an unprecedented period of nearly two weeks, December 8-23, 1941. Marine Corps Airman Major Henry T. Elrod –also known Hammerin’ Hank – was the first US pilot to sink a warship from a fighter jet. Elrod was killed on the last day of the battle and was the first airman to receive the Medal of Honor in World War II.

Hundreds of miles south the Indonesian island of Java on March 1, 1942 the USS EdshallThe skipper of the , Lt. Joshua Nix of Memphis, Tennessee laid down smoke screens and performed a series of evasive maneuvers that so frustrated four Japanese warships that air support had to be called in to sink them. It took two wild hours of fighting to bring that to an end Edshall. A small number of the 187 men on board were rescued. Their decapitated bodies were discovered in a mass grave in Celebes after the war.

77 years ago this month, American rescue teams liberated American and Allied POWs scattered across Japan’s 775 POW camps in the Pacific. In Japan was one of them Hirohata Camp 12-B, south of Osaka. Hirohata housed 300 Americans, one Australian and one Englishman. The men were made up of survivors Guam, Wake Island, all over the Philippines, USS Yorktown and USS Penguin.

When at the end of August the news came in the camp that the war was over, marine rifleman Count B. Ercanbrack gathered the Americans in the camp courtyard, where they had counted in Japanese every morning for the past two years, before setting out on the bone-crushing slave labor at a Nippon Steel plant and dock. The civilian overseers treated them like criminals, subjecting them to ridicule and cruel, capricious punishments.

According to what Ercanbrack later told his home newspaper, The display in McAllen, Texas, he ordered the camp’s guards to remove the Japanese flag from the 75-foot pole in the yard. It was replaced with an American flag hastily stitched together from a white parachute, a red curtain, and two blue Japanese shirts.

As the makeshift American flag waved over the camp, someone began chanting “God Bless America.” Others joined, until 300 American POWs — free at last — crescendo in unison with the song’s final line: “God bless America, my home sweet home.”

Think of these 300 men — tortured, starved, and forced to work as slave labor for years — who proudly unite to sing “God Bless America.” Now imagine awarding Congressional Gold Medals only to those among those 300 who had served at Bataan and Corregidor.

It would be wise for Congress to follow the Hirohata Prisoners’ Unity example and revise the law to award a Congressional Gold Medal to all Americans who took part in those first desperate battles of World War II in the Pacific.

Ercanbrack, who fought and was captured on Guam and who organized the raising of the US flag at Hirohata camp, would not have been eligible for the gold medal now under consideration. That’s just not good enough.

Patrick Regan and Mindy Kotler Smith are members of the American Defenders of Bataan and the Corregidor Memorial Society and are descendants of men who fought in the Philippines. Regan’s grandfather, US Army Air Corps SSgt Donald Regan, survived the Bataan Death March and Nippon Steel’s Hirohata POW camp in Japan.