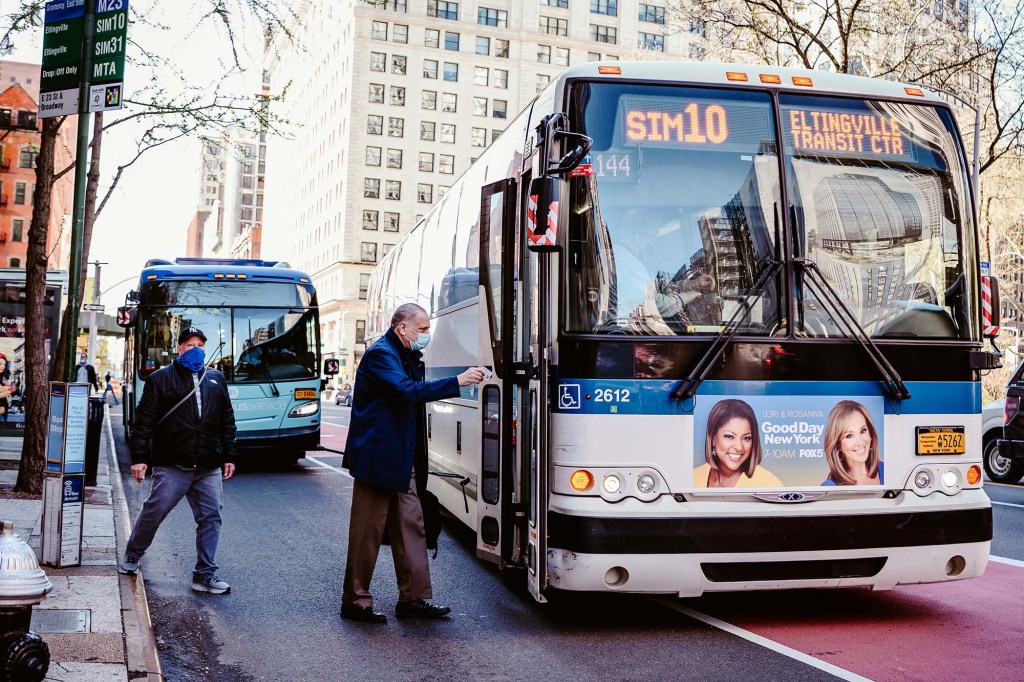 Nearly 30 percent of NYC bus drivers don’t pay their fare — which cost the transit agency $56 million in just the last three months of 2021, according to the MTA’s latest fare evasion survey.

Transit number crunchers estimated that about 29.3 percent of passengers on local bus routes failed to pay their fare in the last three months of 2021 — up from 25.2 percent in the previous three months, the report showed.

According to a source familiar with the agency’s survey methodology, the worrying rise brings reported fare evasion for local buses to the highest level in at least a decade.

“The high rate is mainly driven by [an approximately] 50 percent non-payment rate in the Bronx and a spike in non-payment on Staten Island,” the source said.

In the last quarter of 2021, public transport tills lost more money to bus fare evasion than to subway fare gougers. Although there are nearly three times as many subway drivers as bus drivers, the underground circumvention rate was less than 8 percent over the same period, costing the agency $41 million.

“If you manage to avoid paying your fare on the bus, you’re probably going to try the subway,” warned MTA board member Andrew Albert. “We’re talking about massive fare drops on buses, hurting the people who need it most – the poor and those who can’t afford massive fare hikes.”

MTA leaders have been raising the alarm about fare evasion since 2017, but with little success. An audit by state comptroller Tom DiNapoli last year found that fares had actually been increasing since the $24 million a year enforcement effort began.

Two of the city’s five district attorneys in Manhattan and Brooklyn dropped prosecutions for “stealing services” in transit traffic in 2018.

However, the NYPD is still issuing tickets for the violation on subways — about 14,573 as of the fourth quarter of 2021 — and making occasional arrests. However, bus enforcement does not exist; According to publicly available statistics, the Transit Bureau did not issue a single subpoena for bus fare evasion in all of 2021.

An MTA representative said enforcement teams are deployed on local buses every day. Traffic inspectors issued 39,055 subpoenas to bus drivers in 2021, “a large majority” of which resulted in $100 fines, the MTA said.

“By starving the public transportation system of funds, fare evasion is a crime against ordinary New Yorkers who pay their fare,” spokesman Aaron Donovan said in a statement. “That’s why NYC Transit deploys law enforcement teams to combat bus ticket evasion on a daily basis. It’s easier to pay a $2.75 fare than a $100 fine.”

Lieber attributed the increasing non-compliance in part to the five-month period in 2020, when buses became fare-free to limit interactions between drivers and passengers amid the ongoing spread of COVID-19.

“There’s no question that we just had a very confusing fare payment deadline with the bus system where we closed the front door to protect drivers and then everyone got in the back, they didn’t pay for a while,” he said. “In my opinion, the entire fare system has slightly collapsed on buses.”

JP Patafio, vice president of TWU Local 100, which represents Brooklyn bus drivers, said the issue has gotten so out of hand that he was skeptical whether enforcement would help.

“I don’t know if there is a police solution for 29 percent fare evasion,” said Patafio. “They should try to make local bus services free. As we’ve seen during the pandemic, it’s an essential public service — the most essential of the essential, so to speak.”

How to turn your hobby into a source of income | money