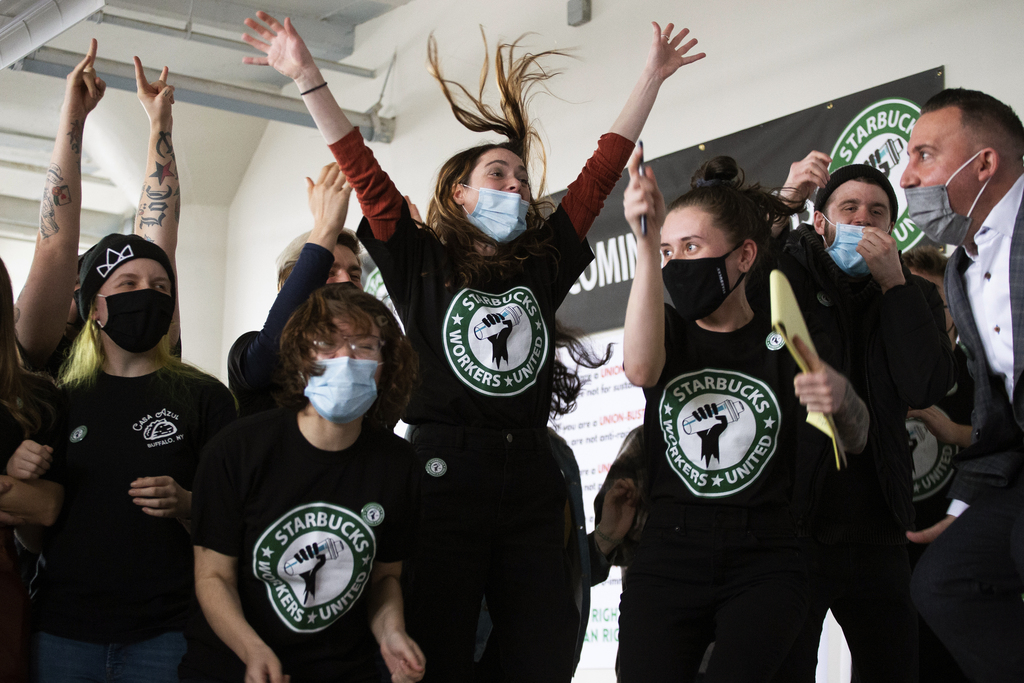 After years of decline, the work is experiencing a resurgence

Labor Day 2022 – Forecasters at the Freedom Foundation and their Conservative cronies will revel in their weary prediction of the demise of US labor unionism. While there may be an apparent grain of truth in their negative statistical data – “organized labor accounts for only 6.4% of private sector employment” – the “data” fails to recognize today’s story of a revitalized trade union movement.

It’s time these naysayers changed the channel. Seventeen million TikTok viewers watched a video of a Starbucks executive firing an organizer from SBWorkersUnited (SBUnited) in Buffalo. Each barista left mocha cookie crumbles and java chip frappuccinos on the counter and walked out.

After years of decline, work on two fronts is experiencing a resurgence. The first is the increasing militancy and resistance among members of existing unions. Over the past year, discontent among tens of thousands of working-class Americans has culminated in a wave of strikes, walkouts and protests as unionized workers flexed their muscles and met increasingly militant resistance from the owning class.

• At Kellogg’s, 1,400 union workers at the company’s grain plants went on strike after working 12 hours a day, seven days a week.

• Hundreds of UAW workers at John Deere went on strike for a month.

• 60,000 unionized nurses and health workers at Kaiser Permanente went on a two-day sympathy strike in support of 700 striking engineers.

• Since April 2021, 1,100 United Mineworkers have been on strike against the Warrior Met Coal in Alabama.

The Second Front is a fast-spreading movement fueled by youth activists organizing new sectors of the unorganized. In the first nine months of this year, petitions for union elections increased by 58%.

Helping this resurgence is a dramatic shift in public opinion – the latest Gallup poll showed 68% support for the unions, the highest level since 1965. The rise in organizing is being fueled by a fast-spreading, youth-driven, viral movement, often via social media.

The new generation of youth activists are fighting not only for better wages and working conditions, but also for dignity and humane treatment in the workplace.

SBUnited has organized over 225 shops (since last December) despite a vicious anti-union campaign that has involved some 85 firings of union organizers. As of mid-July, workers at over 300 other stores in 36 US states have unionized. In addition, Starbucks workers have conducted over 55 strikes in at least 17 states.

Does history repeat itself?

In the 1960s and 1970s, another young, idealistic generation of New Left activists left the universities with the aim of spreading our revolutionary movement. Leaving behind campuses where we fought the Vietnam War, we supported the fight for black liberation and fought to support labor struggles such as the United Farmworkers’ boycott of table grapes and non-union lettuce.

In the 1960s I was one of those radical student activists who believed that the only way to change the injustices of the exploitative capitalist system was to build a class-conscious labor movement.

During my 13-year tenure at American Motors, I’ve been fired, dodged the FBI, outsmarted UAW collaborators, and been a central figure in American Motors’ multi-year defamation lawsuit against our shop newsletter, The Fighting Times.

The lesson for organizers of yesterday and today is that we must be creative, listen to people’s concerns about their jobs and lives, and be ready to take up the fight to improve conditions on all fronts. Only with an organised, class-conscious labor movement can we reverse the destruction of the planet and bring about a system based not on exploitation but on justice for all.

Jon Melrod is the author of In Fighting Times: Organizing on the Front Lines of the Class War (PM Press).